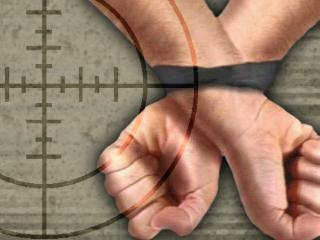 “Really, my dear chap, you seem to be reading too many romantic thrillers. This is no romance dear friend, this is reality.” –John Forsythe, The Day of the Jackal

To date, we haven’t seen planned political kidnapping conducted by the US Government against US Citizens on American soil, but it doesn’t mean it won’t happen. Certainly it would be folly to presume that it’s beyond the Obama Administration and their Chicago political machine to engage in this practice as their hold on power diminishes and as the possible election of another candidate to the office of President of the United States becomes a possibility.

If it happens, this brief post will educate you very briefly in the taxonomy of the problem. I’m not suggesting that it will happen. I merely provide information to aid you, the reader (the investigator), in the event it happens. I wish to thank Mr. W. L. Cassidy. His monograph on the subject was freely used as source material. I also thank others who schooled me in the craft when I was in my youth, in the service of the United States Government.

The incidence if political kidnappings are relatively small in the United States, but worldwide they are more the rule rather than the exception. To the person charged with such an investigaton, they can pose a daunting task. Because of the nature of the crime there will be inevitable political interest, media interest and bureaucratic pressure to “solve the crime” will be profound. It is only through an appreciation of the mindset of determined people, and the general process by which these actions are planned and carried out that the investigator begins to formulate the investigative process he will use to “solve the crime.”

The word kidnap entered the English language in the late seventeenth century, as a means to describe the practice of stealing children for forced labor. The practice of redeeming captives, whether adults or children, by payment of valuables or performance of some service was regarded as a separate issue. Originally, this latter practice was described, from the early fourteenth century, and thence, for a period of approximately four centuries, by the general term, ransoming. During the eighteenth century, kidnap replaced ransoming in popular usage, and the trend has continued to the present time. In many kidnap situations in the present age the victim of political kidnapping is killed even after the payment of ransom and thus the crime becomes assassination. (Cassidy)

Kidnapping is defined as the unlawful control of persons leading to (or believed to lead to) an end which motivates such control. Kidnapping may be subjective or objective in character, covert or clandestine. Abduction, though the essence of kidnapping, is but one means of control to be employed in a kidnapping action.

A closer definition of kidnapping is possible only when one approaches the subject of motive, or purpose. There are twelve principal motivations or “ends” which are served by the tactic of kidnapping.

1. Kidnapping for money, gems or other negotiable valuables.

2. Kidnapping for physical possession of a person. (For intelligence purposes or forced labor as an example)

3. Kidnapping for a cause of action.

4. Kidnapping to prevent an action.

5. Kidnapping for the purposes of psychological propaganda.

6. Kidnapping as a prelude to killing.

7. Kidnapping as an operational element of a larger action.

8. Kidnapping as a purely disruptive activity.

9. Kidnapping for the purposes of a mentally or emotionally disturbed person.

11. Kidnapping to execute a pseudo-legalistic sentence.

12. Kidnapping as a protective measure (to protect another person or the kidnappers themselves).

All the motives above tend to overlap one another to a greater or lesser degree. Because kidnapper’s motives overlap considerably, it is important to divide them into subjective and objective categories.

The determination of outside involvement may only be made after a very precise examination of:

1. The specific nature of evident planning;

2. The number and nature of persons involved in the event;

3. The parties best served by kidnapping;

4. The identity of the target;

5. Groups capable of such actions;

6. “Signatures” left by virtue of the kidnapper’s training.

Capability as isolated criteria is valueless as an indicator of who may have carried out a political kidnapping. Almost any nation, military or security organization, any disciplined aggregate of trained individuals, and many multi-national corporations are capable.

It is possible that a lone individual could successfully execute a political kidnapping, but it is not probable. Actions by squads or teams are, by far, the most common type. Such teams vary widely in numbers. Groups from two to fifty have been observed in the latter half of the twentieth century. Modern teams should be expected to have between fifteen and twenty-five being encountered—more in wartime than in times of lesser tension. Men, women and children often participate. These teams may be an element of a civilian resistance movement; a nationally or internationally maintained terrorist or counter-terrorist capability; a criminal organization; a national security capability; a separatist organization; an unavowable terrorist organization or they may be privately supported. 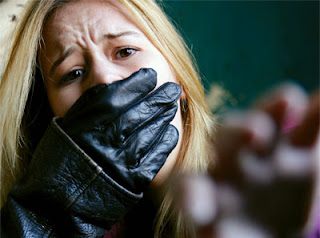