Observation: Snake in the Garden 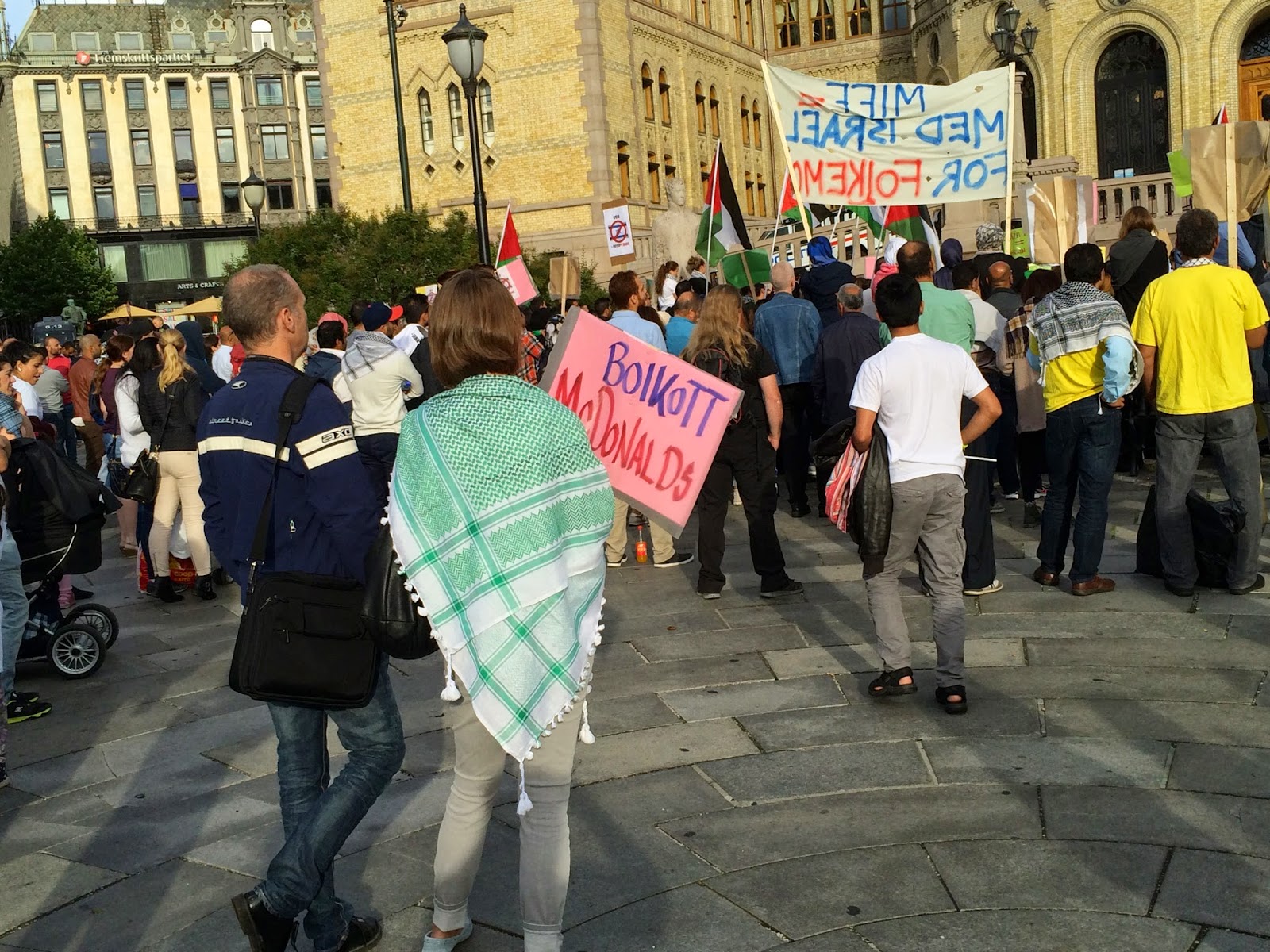 It’s almost 8 pm in Oslo and the peace of the previous scene was disrupted by swarthy people who didn’t speak Norwegian demonstrating on the steps of the Norwegian Legislature (you can see the building in the previous post). I went out with my cell phone and took photos of the various and sundry angry illegal alien Muslims. You’ll note that there are two Norwegians present (in addition to the uniformed police and secret police). They want to boycott McDonalds Hamburgers (over 58 billion sold) for some reason. I suspect that the protesting Norwegians own Big Olaf’s hamburgers across the street and can’t keep up.
Norway has a secret police force called, Politiets Sikkerhetstjeneste “The Secret Police”. I tagged nine of them in the crowd, but didn’t photograph them. I asked one of them, “Investigator, if I take your photo, will I end up in jail?” He smiled and said, “Yes, but in Norway the jails are like five star hotels, the only thing lacking is room service.”  I said that I didn’t think that I’d survive without room service and didn’t take his photo. Even though their organizational name sounds disturbingly like the old German Sicherheitsdienst (SS)**, they do have a sense of humor.

**Sicherheitsdienst des Reichsführers-SS, or SD, was the intelligence branch of the SS and the Nazi Party, a sister agency to the Gestapo.

Their firearms are locked in the police cars…makes no sense to me.