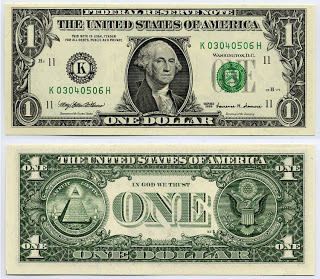 Facebook
Twitter
Pinterest
WhatsApp
The ink is not dry on ballots, decrying government spending and at the same time, the Federal Reserve just bought $600 billion in debt from American banks. How do YOU feel about that? Essentially, what the Federal Reserve decided to do is to print another six hundred billion dollars between now and June 2011. (That’s $600,000,000,000.00)
1. It will make the dollar weaker in relationship to other currencies.
2. It will end up in trade disputes because contracts in dollars won’t be worth as much.
3. Banks should see their burdens removed and will be free to loan money to small businesses and others and the Federal Reserve hopes that will stimulate the economy, helping to reverse economic stagnation.
4. In 2009, the Federal Reserve bought $1.7 trillion ($1,700,000,000,000.00) in mortgage and Treasury bonds (resulting in lower mortgage rates), so this isn’t anything new. The Fed estimates that the $600 billion purchase will increase the annual growth of the economy from 2.4% to 2.7% and they feel that it won’t do much to change unemployment. (source Yahoo News)

“Bottom line: The plan provides a boost to the economy’s growth, but it is not going to solve our problems,” said Mark Zandi, chief economist at Moody’s Analytics. “Even with the Fed’s action, we’re going to feel uncomfortable about the economy in the next six to 12 months.” (Bloomberg)

The Federal Reserve is not an agency of the US Government, so I’m not throwing rocks at Obama. This is the people who control the money (see: Federal Reserve Notes in your wallet).
So will this particular Federal Reserve bail out help? The answer is — yes and no.

Meanwhile,  Democrats used 2010 to begin losing 2012. George Will said that Democrats have, “described the electorate as suffering a brain cramp, an apoplexy of fear, rage, paranoia, cupidity — something. Any explanation would suffice as long as it cast what voters were about to say as perhaps contemptible and certainly too trivial to be taken seriously by the serious.”

MSNBC, wallowing in their hatred of Fox News and conservatives the American people elected yesterday are declaring Americans to be bigots, fools and intellectually insensible – thus a Republican (admittedly a RINO) sits in the Obama chair in the US Senate and Illinois, Ohio, Florida, etc. repudiated Obama.
It is amazing the ingenuity Democrats invest in concocting explanations of voter behavior that erase what voters always care about, and this year more than ever — ideas. This election was a nationwide recoil against Barack Obama’s idea of unlimited government control. But the electorate can’t do much about the Federal Reserve since that star chamber exists outside of their mandate.
I’m not taking a swing at the Federal Reserve. At present can’t be severed from our system of government. So I’m afraid that we have to live with it.