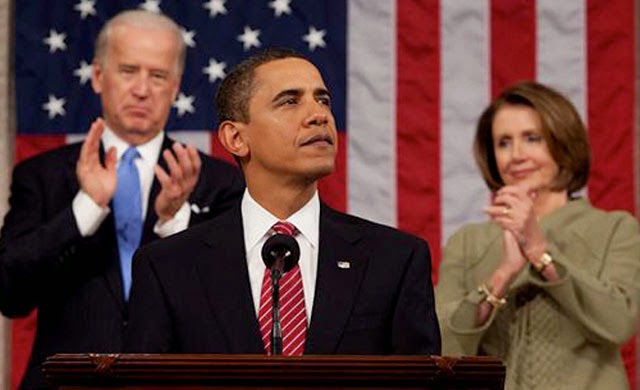 Inspired by The Duffle Blog post on hash tags that the Obama Administration has used to change the world and inspire hope, change and — yes even awe, I have tried to capture the Obama Years, which are still underway, with a few of the hashtags that they have used in the White House to make a difference.
All that America needs to do anymore is to enter a Twitter hashtag in social media and big things happen. How could I possibly be prouder?
#REDLINE: PRESIDENT OBAMA DROPPED THE #REDLINE HASHTAG IN TWEETS TO SYRIAN PRESIDENT BASHAR AL-ASSAD ON AUG. 20, 2012, TELLING THE DICTATOR NOT TO USE CHEMICAL WEAPONS. DEFINITELY SHOWED THAT SON-OF-A-BITCH!
As Duffle Blog points out, the biggest weapon in America’s modern arsenal is no longer nuclear weapons or a powerful economy. We simply label anything we are concerned about with a #REDLINE hashtag. Simply tweeting #REDLINE shows the world that we’re not going to stand for “it” (whatever IT is) anymore. People such as Russian strongman, Vladimir Putin simply quake in their Cossack boots when they see that hashtag. It prevented the Russian annexation of Crimea, the Iranians from developing nuclear weapons with which to obliterate Israel and the Syrians from using chemical weapons. It’s clearly a powerful hashtag in the vacuum created in absence of a superpower. 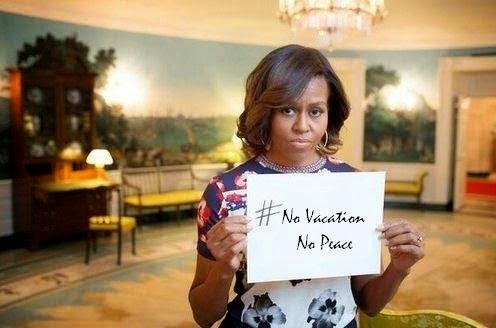 Nobody has used powerful hashtags to greater success than the First Lady, who communicates from her office in the White House with the assistance of her staff of 112 people, all of whom draw princely salaries from the public trough. As The Daily Timewaster reports above and below, Michelle Obama takes her need for more rest and recreation directly to the people who pay for them by engaging the public with a hashtag. 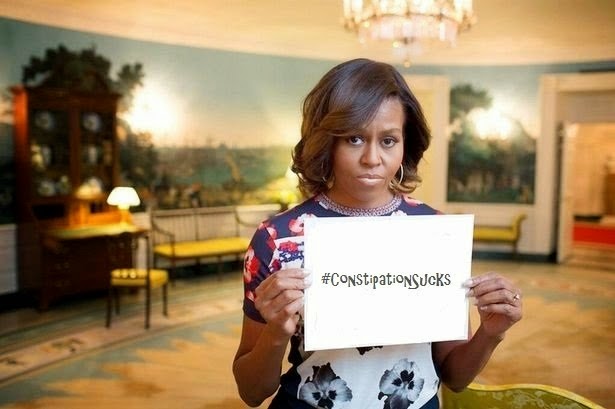 One of the greatest success stories, crowed by the First Lady has been her war on constipation.
And there you have it. Success – or something like it.
#OBAMA SUCCESS