Just a Crust of Bread? 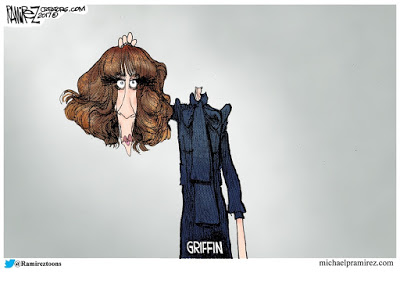 I’m sure that you all recall Kathy Griffin holding the severed head of a mannequin that looked like President Trump. Well it’s now November 2017, roughly a year later and she is…
CALLING ON YOU FOR HELP.
Nobody will hire her to do her hate rant, disguised as comedy, and she’s running out of money to pay for her mansion, her staff, her limo, etc.
She has a YouTube appeal to remove her from the black list so that she can begin to make millions of dollars a year.
Will America listen at this time of thanksgiving and holiday bon ami? Will Hollywood reach out a wretched claw to her and will Harvey Weinstein grant her a place on his casting couch?
Weinstein’s ship has sailed as has the career of the 57 year old former comedian.
There’s a future for Kathy Griffin in the fast food industry, she could get a job in the yard maintenance industry as well (but she’d have to leave California because the illegal aliens have that market sewed up tighter than Kathy, herself). 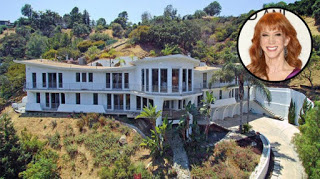 Assembling a burrito, turning a burger or supersizing an order should help her stop the financial bleed that she’s experiencing. Anything you could send would be appreciated. Her $20 million net worth is shrinking but she could afford a small home in the suburbs and live on the interest. However, if any of you have food or old clothes that you’d like to donate to her, you can send it to her home. It’s for sale and it’s listed. She’s just dropped the price to $4.75 million.
Poor little rich woman.