Home Blog Post Nuclear Fusio...
Facebook
Twitter
Pinterest
WhatsApp
ITER construction is beginning now. Conventional nuclear power produces energy by atomic fission – the splitting of the heavy atoms of uranium fuel. This experimental reactor attempts to fuse together the light atoms of hydrogen isotopes and, in the process, to liberate virtually unlimited supplies of clean, safe and sustainable energy.
Nuclear fusion has been a dream since the start of the atomic age. Unlike conventional nuclear-fission power plants, fusion reactors do not produce high-level radioactive waste, cannot be used for military purposes and essentially burn non-toxic fuel derived from water.
Many energy experts believe that nuclear fusion is the only serious, environmentally-friendly way of reliably producing “base-load” electricity 24/7. It is, they argue, the only way of generating industrial-scale quantities of electricity night and day without relying on carbon-intensive fossil fuels or dangerous and dirty conventional nuclear power.

(Independent – UK) An idyllic hilltop setting in the Cadarache forest of Provence in the south of France has become the site of an ambitious attempt to harness the nuclear power of the sun and stars.

It is the place where 34 nations representing more than half the world’s population have joined forces in the biggest scientific collaboration on the planet – only the International Space Station is bigger.

The international nuclear fusion project – known as Iter, meaning “the way” in Latin – is designed to demonstrate a new kind of nuclear reactor capable of producing unlimited supplies of cheap, clean, safe and sustainable electricity from atomic fusion. 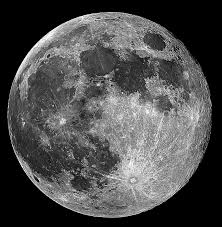 It’s interesting that the ITER plant in France may prompt a return to the Moon because the surface of the Moon is covered in Helium 3, the fuel that the fusion reactor needs to operate. As fusion reactors transition from the testing phase that ITER is in to a commercially viable operational phase worldwide, they’re going to need to fuel them.
If Iter demonstrates that it is possible to build commercially-viable fusion reactors then it could become the experiment that saved the world in a century threatened by climate change and an expected three-fold increase in global energy demand.
The ITER tokamak reactor will produce temperatures many times hotter than the center of the Sun…which has some people concerned about the construction. However since it’s being constructed in France…most of those people live in or near France.

(Independent opcit) A critical phase of the project will be the injection of plasma – the superhot, electrically-charged gases of the atomic fuel – into the reactor’s vacuum chamber. This plasma, a mix of the hydrogen isotopes deuterium and tritium, will drive the nuclear-fusion reaction.

The plasma will be heated to temperatures as high as 300 million C to force the atomic nuclei close enough together to cause them to fuse into helium, a harmless and inert waste product that could be recycled as an important industrial raw material. Giant electromagnets powerful enough to trap an aircraft carrier will contain the plasma within a spinning vortex held by the magnetic bottle of the tokamak reactor.

The original date for “first plasma” was scheduled for November 2020 but delays with the construction and commissioning phases have pushed this back to October 2022.

Nobody expects to see commercial nuclear fusion plants before 2050 and I think that even 2050 is an optimistic number. In the US, groups from Greenpeace to PETA are lining up to oppose any development of any energy at all — as one would expect.