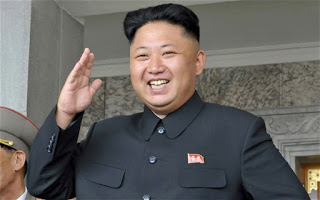 Facebook
Twitter
Pinterest
WhatsApp
North Korea allegedly detonated a hydrogen bomb underground two days ago.
Hydrogen Bomb 101: The purpose of building and lighting off a hydrogen bomb is to use less fissile material to produce an exponentially greater effect, (on the order of 1,000 times greater).
The nuclear weapon that generated a seismic event in North Korea should have been larger, much larger, even for a miniaturized thermonuclear device. There is not much point in having a miniaturized thermonuclear device that only produces an impact comparable to that produced by a much less complex nuclear device. The 6 January 2016 explosion was about the same magnitude as the 2013 explosion, which was produced by a nuclear/ fission device.
The present scientific consensus is that the 6 January explosion was either a partial failure or it was a “boosted” nuclear device or the DPRK lied about what took place.
The mainstream television news media in the US contained commentaries that contained gross distortions about the origins of the North Korean missile and nuclear programs; its milestones; and the role of Iran, if any.  I try to cut through some of the crap that they want to feed you here on this blog.

One commentator accurately noted that the Pakistani physicist A.Q. Khan assisted North Korea by providing uranium centrifuges illicitly. North Korea reciprocated by selling Pakistan the technology for the Ghauri missile.
North Korean breakthroughs in missile and nuclear weapons technology had no Iranian technological help, though they might have benefitted from Iranian financing. The North Koreans are reputed to have hired ex-Soviet scientists as contractors to work on missiles and nuclear weapons.
Iran has been a customer of North Korean weapons and technology. That means it has received invitations to send experts to observe North Korean demonstrations, but each distrusts the other. Nevertheless, the North will sell missile and nuclear technology to almost any buyer for the right price. Thus, Iran might benefit from North Korean nuclear technology, but only if it pays for it. North Korea does not engage in technology transfers for free with any customers.
Another distortion concerned the discussion of the Clinton administration’s relationship with North Korea. The Agreed Framework froze the graphite moderated reactor at Yongbyon longer than any of the negotiators thought it would. The North reportedly also was prepared to sell missile technology to the US at the time Secretary Albright visited Pyongyang in October 2000. President Clinton would have been the first US president to visit North Korea.
At the end of the Clinton administration, North Korea had no nuclear weapons and only a small amount of plutonium. It had one nuclear reactor that was idle for seven years and under continuous surveillance by the experts from the US Department of Energy and the International Atomic Energy Agency, who lived on site at Yongbyon. Its army had some extended range Scud missiles called the NoDong-1, about which North Korea was prepared to negotiate.
North Korea is not a positive contributor to international stability, but no commentators made the foregoing points today. Its progress in developing a nuclear weapons program and long range delivery systems was not linear or simple.

This uninformed and yet arrogant blogger speculates that it is likely and probable that Iran has purchased at least one and possibly as many as three nuclear weapons from North Korea. This is based on the following points:
Essentially, if Iran wanted to buy one or more nuclear weapons from North Korea, they would sell the weapons. The only thing keeping Iran from doing so would be its lack of interest in obtaining it/them.

On 6 January, China test-landed two aircraft on Fiery Cross Reef in the Spratly Islands. Today’s flights were the second and third in five days. One of those aircraft was a Boeing 737.
Xinhua reported that two civilian airliners were chartered to fly 1,150km from Haikou Meilan International Airport on Hainan, to land on Fiery Cross Reef and then to return to Hainan.
Another plane took off and landed on Fiery Cross’ new 3km runway on Saturday.

Fiery Cross used to be a group of coral reefs underwater at high tide until a massive works program turned it into a 2.8 square kilometer island. An island such as this functions as an unsinkable aircraft carrier.

China is building these islands and military airfields to assert its claim to the oil-rich region, portions of which are claimed by other Asian nations.
Australia and the US have sent maritime patrol aircraft over the region to assert the right of innocent passage though the airspace. The Chinese locked on fire-control radar and lodged protests. The US also sent two US destroyers (ships) though the area recently. The Chinese protested that as well.