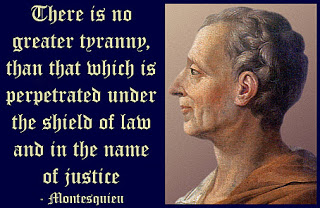 “Planning and preparedness by the Federal Government, including the Department of Defense, for civil disturbances is important due to the potential severity of the consequences of such events for the Nation and the population. The employment of Federal military forces to control civil disturbances shall only occur in a specified civil jurisdiction under specific circumstances as authorized by the President, normally through issuance of an Executive order or other Presidential directive authorizing and directing the Secretary of Defense to provide for the restoration of law and order in a specific State or locality.”

This new rule, which forms part of the Code of Federal Regulations, is almost identical to DOD Instruction 3025.21 on “Defense Support of Civilian Law Enforcement Agencies” that was issued on February 27, 2013.  (noted by PublicIntelligence.net on April 11).

No, I don’t wear a tinfoil hat, but it’s remarkable that this came out right before the big push toward increased domestic firearms control in the United States. It’s also very interesting that one month ago in Colorado, the US Department of Homeland Security threatened to replace/supplant elected county sheriffs who were unwilling to enforce new federal firearms regulations. It also came as Senator Rand Paul (R-KY) asked the Obama Administration to clarify the circumstances (if any) that it would use drone aircraft to attack American citizens on US soil who had not been convicted of a crime.

If Tyranny and Oppression come to this land, it will be in the guise of fighting a foreign enemy. – James Madison

In the past, if there was a civil disturbance in a state in the United States of America, the elected governor of that state had the option of using the National Guard (State military department) to assist local law enforcement. That really no longer falls to the states anymore. It’s now in the hands of the President of the United States.

Today the President of the United States can issue an executive order and send the military into an area where a “civil disturbance” (not defined further under the law) exists. That military force while theoretically aiding civilian law enforcement agencies, supplants the control of those agencies and exercises power under “martial law”.

The change went almost unnoticed and nobody on MSNBC or even Fox News has discussed (a) the change in the law, (b) the implications of that change, or (C) the odd coincidence of federal pressure to change the laws regarding private ownership of firearms.