Can New and Old Coexist? 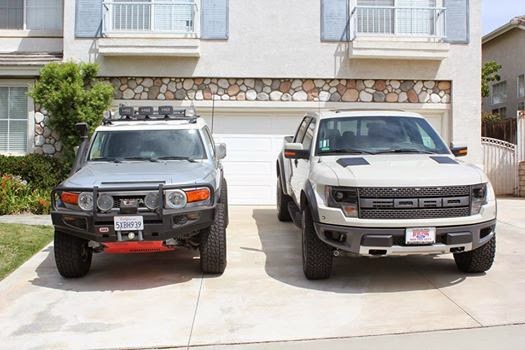 Facebook
Twitter
Pinterest
WhatsApp
It’s a slow news day at Virtual Mirage. I don’t know what you’re doing, but I’m headed up the Pacific Coast in the Raptor for Santa Barbara, leaving the venerable FJ Cruiser as a driveway ornament. By the time you read this, I will have likely returned from the trip.

Here they are, side by side on my driveway. The 2007 Toyota FJ Cruiser was made in Japan, but was made COOL in the USA. There are still genuine Toyota parts on the FJ, but it has a lot of after-market improvements that turned it from a capable off-road rig into a superbly capable off-road and expedition rig. You will immediately note that there are some obvious differences between the Toyota and the Ford. In point of fact, they’re almost nothing alike, which is why I have both of them. 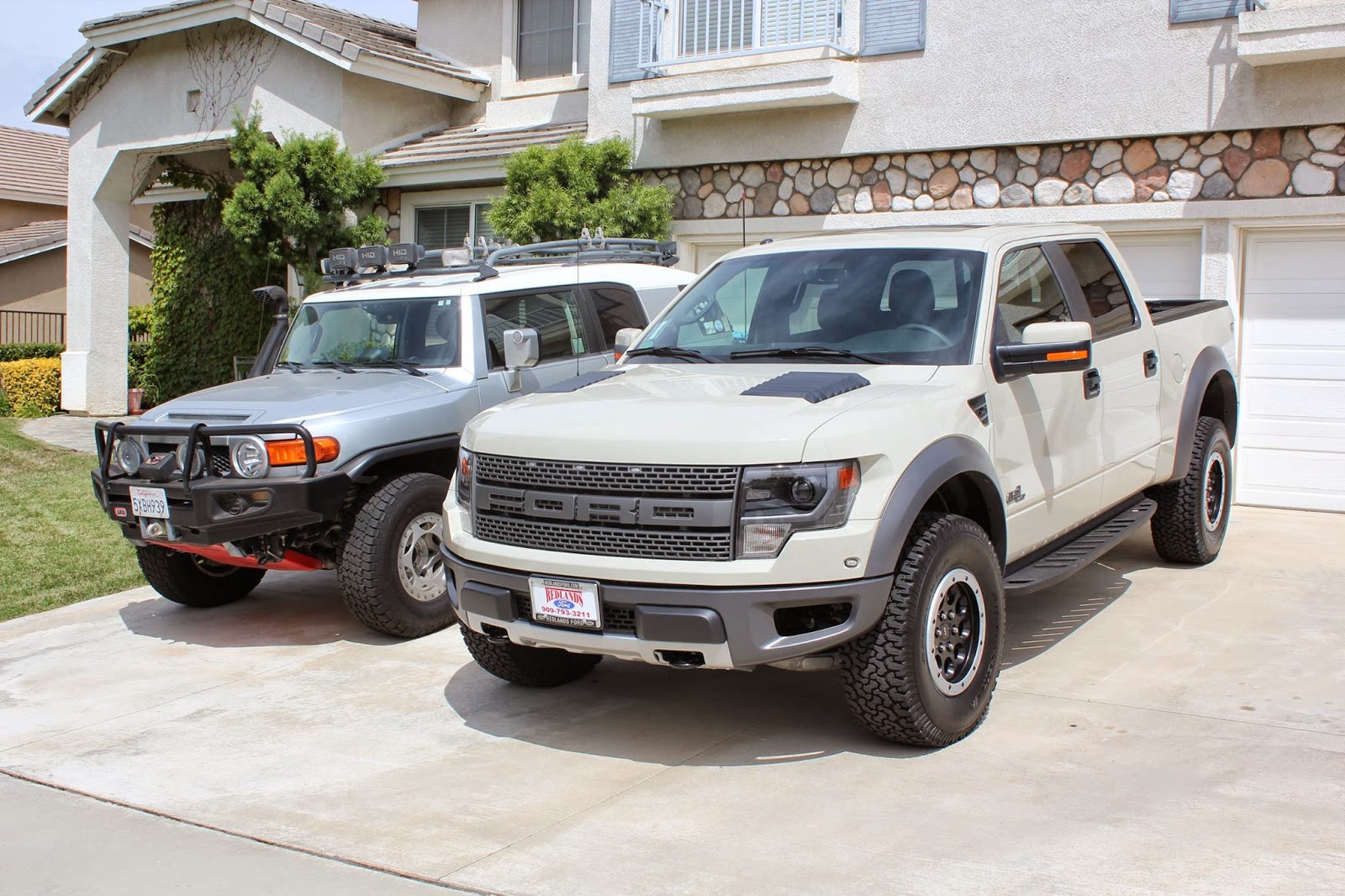 The Toyota FJ has a 4 liter, 6 cylinder engine, the 2014 Ford Raptor SVT has a 6.2 liter, 8 cylinder engine. There are more horses under the Ford’s hood and whereas the FJ as currently configured struggles up hills at 80 mph, you don’t know that you’re driving up a hill at 80 in the Raptor. Off-road is where the FJ shines, but a stock Ford Raptor came in #3 at the Baja 1000 in Division 8. The Raptor is off-road capable out of the box, with a long travel suspension, racing quality equipment and a powerful engine. 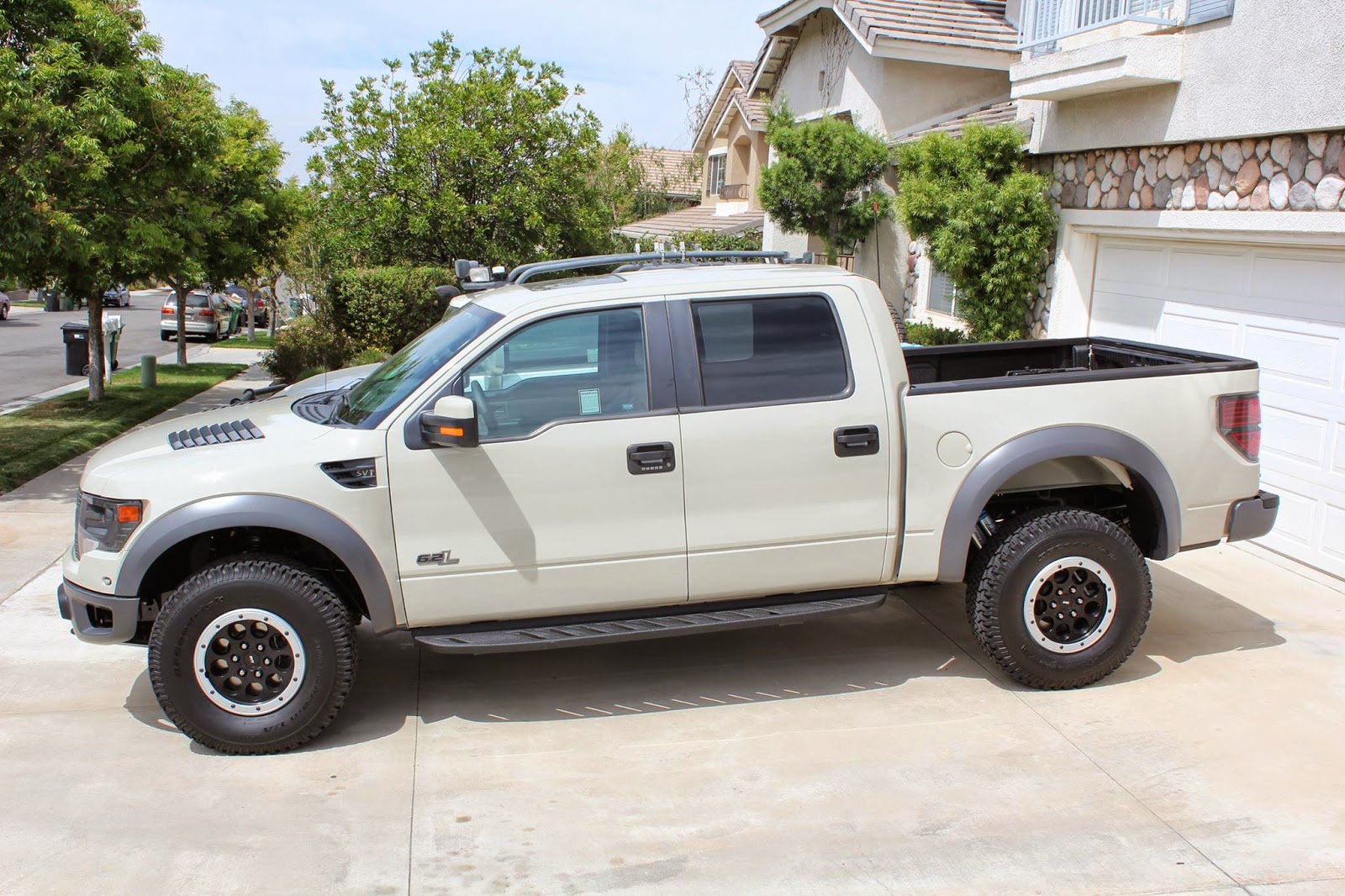 Both the FJ Cruiser and the Ford Raptor have beadlock wheels, which keeps the tire on the rim, particularly when you need to reduce the air pressure in the tire in difficult conditions to provide a better ride and traction. The Raptor has a longer wheel base but the passengers in the back can ride in comfort. The FJ Cruiser is narrower and has a shorter wheel base for difficult trails, but riding in the back is less than fun.
The Raptor has air conditioned front seats to keep my tush cool even in the hottest desert. My rump is warm in the FJ… 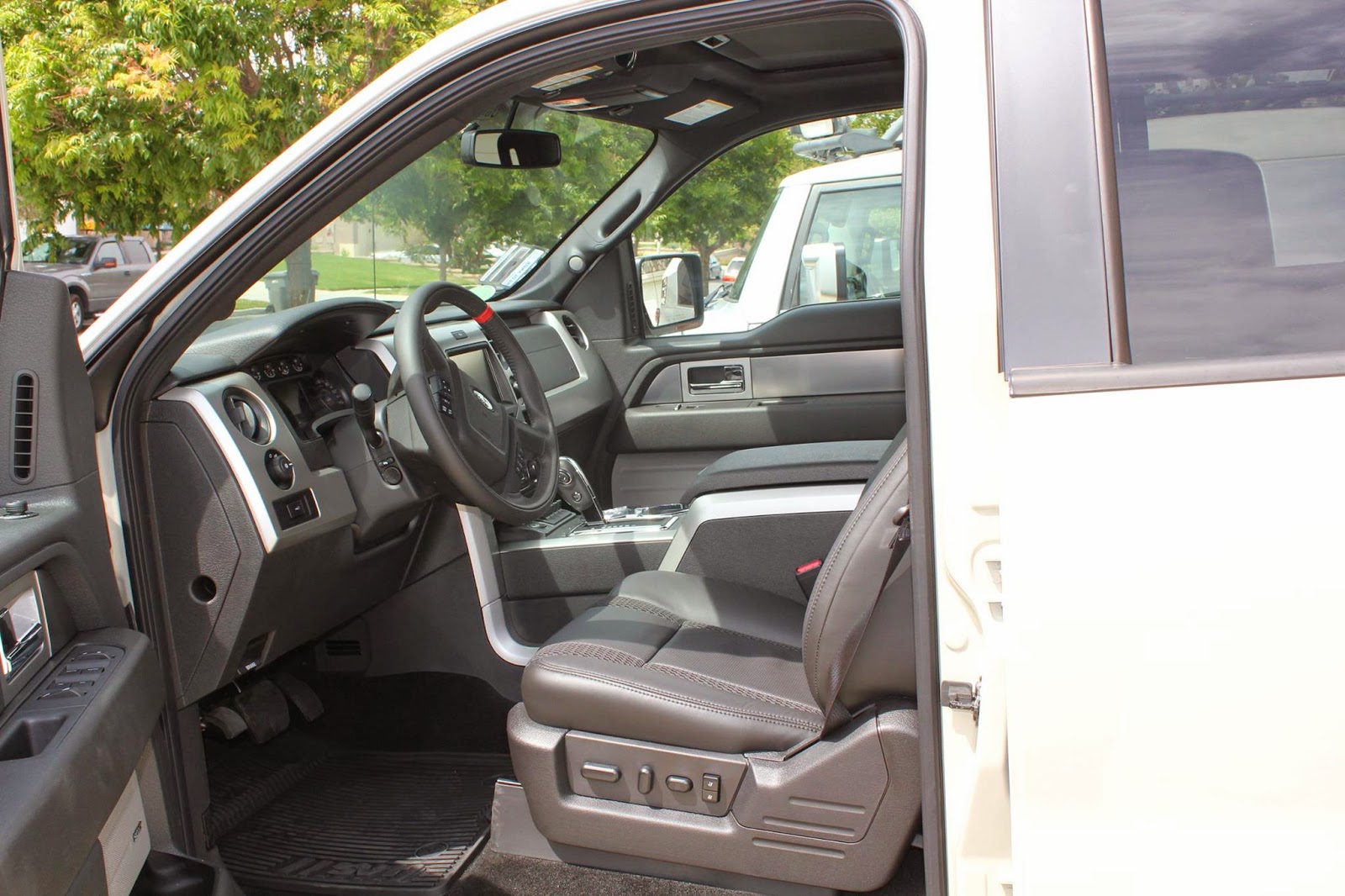 The Raptor smells new…and it goes with my Kimber.
The FJ smells a bit like Hoppe’s #9* and is a war wagon/zombie assault vehicle.
*Hoppe’s #9 is a powder solvent used for cleaning firearms.