Nation in the Fog – and Looking Forward 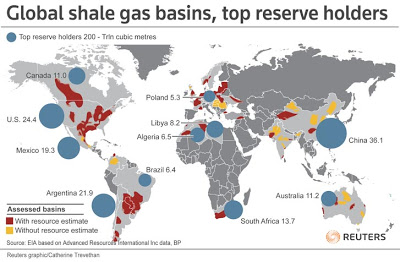 Facebook
Twitter
Pinterest
WhatsApp
Soldiers speak of the fog of war. There is another type of fog that often obscures the vision of those who have risen to a position of power through a lifetime of service to the public. That is the fog of ‘wisdom’. The public has allowed politicians to shower themselves with gifts and it’s often the focus on those gifts – thanks to all of you, which drives the engine of state. The ‘wisdom’ of the elite trumps all else, regardless of evidence and the output of government changes from the ideal of ‘public good’ to politically expedient.
Example #1
Private ownership of firearms does not increase crime in America. The states with open-carry laws have traditionally less crime since they liberalized the rules. But when a lone nut somewhere in America goes off his rocker, politicians propose legislation — as if that will rid us from the crazy in our midst.
Example #2
Over the next quarter-century, Medicare will account for more than a quarter of federal spending growth. By that time, according to data from the program’s trustees, the average Medicare recipient will have paid out $87,000 in payroll taxes in exchange for $251,000 in medical care. The $164,000 difference will be dropped on the recipients’ children and grandchildren in the form of higher government debt and taxes. (IBD)
Today, politics in the USA is largely based on the painless options available.

According to the elite newspapers and journals of opinion, the future of foreign affairs mainly rests on ideas: the moral impetus for humanitarian intervention, the various theories governing exchange rates and debt rebalancing necessary to fix Europe, the rise of cosmopolitanism alongside the stubborn vibrancy of nationalism in East Asia…In other words, the world of the future can be engineered and defined based on doctoral theses. And to a certain extent this may be true. As the 20th century showed us, ideologies — whether communism, fascism or humanism — matter and matter greatly.

But there is another truth: The reality of large, impersonal forces like geography and the environment that also help to determine the future of human events. Africa has historically been poor largely because of few good harbors and few navigable rivers from the interior to the coast. Russia is paranoid because its land mass is exposed to invasion with few natural barriers. The Persian Gulf sheikhdoms are fabulously wealthy not because of ideas but because of large energy deposits underground. You get the point. Intellectuals concentrate on what they can change, but we are helpless to change much of what happens. (Robert Kaplan)

Is there a less painful way to pay off a significant part of our national debt? As it turns out, the answer is yes. The US is poised to become an energy exporter in this century because of our vast supplies of oil shale/shale gas. The United States has vast deposits of shale gas: in Texas, Louisiana, North Dakota, Pennsylvania, Ohio, New York and elsewhere. America, regardless of many of the political choices it makes, is poised to be an energy giant of the 21st century. In particular, the Gulf Coast, centered on Texas and Louisiana, has embarked upon a shale gas and tight oil boom. That development will make the Caribbean an economic focal point of the Western Hemisphere, encouraged further by the 2014 widening of the Panama Canal. At the same time, cooperation between Texas and adjacent Mexico will intensify, as Mexico increasingly becomes a market for shale gas, with its own exploited shale basins near its northern border. (Stratfor) 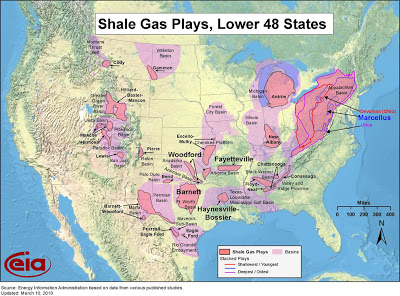 The United States still has few capabilities to export shale gas anywhere. It would have to build new liquefaction facilities to do that; in other words, it would have to erect plants on the Gulf of Mexico that convert the gas into liquid so that it could be transported by ship across both the Atlantic and Pacific.
China and Australia also have significant shale gas deposits.
The partnership of US, Canada and Australia could create a new and potent form of OPEC which would diminish the relative importance of the Middle East.
Political wisdom in Washington DC should seek this solution as a possible trap door out of our present nationally untenable debt. It’s less painful than the taxation options and genuinely increases our position in the world.