In the Middle East 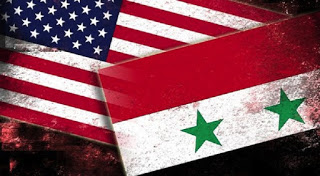 Facebook
Twitter
Pinterest
WhatsApp
Sharing the Love
The US has an initiative afoot to pull Saudi, UAE and Jordanian troops into it’s corner of Syria. Sputnik reported that delegates from Saudi Arabia, the UAE and Jordan met with representatives of Arab tribes on a US military base south of Kurdish-controlled Kobane. The delegates discussed forming Sunni-led military forces in northern Syria, according to the Sputnik interview with head of the Syrian Kurdish Democratic Party.
By dragging the Saudis, the UAE and Jordan into the ground game in Syria, it allows them to check their hereditary enemies in Iran rather than the US doing it alone. The US provides sort of a lode stone presence that binds them all and offers military support at a level they have difficulty providing by themselves, while keeping the Russians from pushing them around.

The new initiative appears to be the replacement for or the successor to the Syrian Democratic Forces, minus the Syrian Kurdish People’s Protection/Defense Unit. Its prospective formation might be one of the reasons for the US Secretary of Defense’s assurance that the US will not abandon the Syrian Democratic Forces that defeated the Islamic State, whom the Turks supported.
The Turks are determined to press their offensive in northern Syria to the Iraqi border, and to occupy Syria indefinitely for the purpose of killing Kurds, a Turkish national pastime.
Israel-Syria
Israel is prepared to expand its target sets. Speaking at a public event in London, Israeli Prime Minister Netanyahu discussed the war in Syria and the Iranian presence. In a warning to Syrian President Assad, he said, “Assad has to consider this: when they waged this horrific civil war Israel did not intervene…Now the war is nearly over he invites Iran in? He is no longer immune. If he fires, we’ll destroy his forces.”
Yes, Netanyahu was grandstanding, but his position is consistent with Israel’s policy towards Iranians in Syria. Assad has defended their presence, which makes Syrian forces targets. They already have been targets by their proximity to Iranian facilities in Syria. 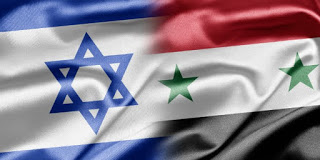 Assad’s forces need a break. Even the Russians appreciate that. Assad is poorly advised to pick a fight with Israel over Iran.
It is curious that Assad is not as aggressive about defending Syria against the Turks, who still want to overthrow his government, as he is against Israel. Through the civil war, Syria has continued to cooperate with Iran in supplying Lebanese Hizballah and in allowing Iran to build facilities at Syrian bases. Assad cooperated in this even when his government was in danger of collapsing before the Russian intervention in September 2015.