My Pick for Debate Moderator 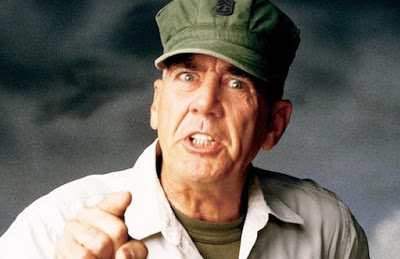 The mainstream media debate moderators are a bunch of weak, uninformed progs.

If we are to have presidential debates, let’s get a moderator who can close the deal. I think that Lee Ermey is the perfect selection.
I don’t think that he’d be Hillary’s pick, but she and her coven/party have had their picks since the 1960’s. It’s time for the despicable people to pick a champion to moderate.
Update – Moderator’s opening statement to all debate participants:
You are the lowest form of life on Earth. You are not even human fucking beings. You are nothing but unorganized grabastic pieces of amphibian shit! Because I am hard, you will not like me. But the more you hate me, the more you will learn. I am hard but I am fair. There is no racial bigotry here. I do not look down on niggers, kikes, wops or greasers. Here you are all equally worthless. And my orders are to weed out all non-hackers. Do you maggots understand that?
To Tim Kaine: I bet you’re the kind of guy that would fuck a person in the ass and not even have the goddamn common courtesy to give him a reach-around. I’ll be watching you.