Thoughts on the Weather 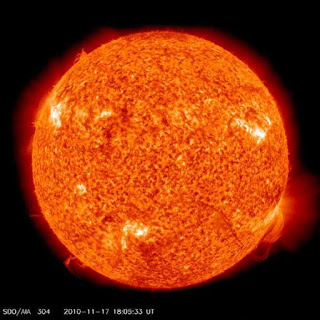 Facebook
Twitter
Pinterest
WhatsApp
We hear strident rants on the weather and the need to modify it through human activity. From a prog perspective, it’s called “man-influenced climate change”. However, very small changes in the Sun’s energy output can impact the weather in ways that mankind doesn’t have the capacity to change.
The Sun’s activity level is determined by the Sun’s magnetic field. Two combined effects are responsible for the latter: The omega and the alpha effect. Exactly where and how the alpha effect originates is currently unknown. Researchers at the Helmholtz-Zentrum Dresden-Rossendorf (HZDR) are putting forward a new theory to explain what causes the alpha effect in the journal Solar Physics. Their calculations suggest that tidal forces from Venus, the Earth and Jupiter, directly influence the Sun’s activity.

Many questions regarding the Sun’s magnetic field are still unanswered. “As with the Earth, we are dealing with a dynamo. Through self-excitation, a magnetic field is created from virtually nothing, whereby the complex movement of the conductive plasma serves as an energy source,” says the physicist Dr. Frank Stefani from HZDR. The Sun’s so-called alpha-omega dynamo is subject to a regular cycle. Approximately every eleven years the polarity of the Sun’s magnetic field is reversed, with solar activity peaking with the same frequency. This manifests itself in an increase in sunspots — dark patches on the Sun’s surface which originate from strongly concentrated magnetic fields.
“Interestingly, every 11.07 years, the Sun and the planets Venus, the Earth and Jupiter are aligned. We asked ourselves: Is it a coincidence that the solar cycle corresponds with the cycle of the conjunction or the opposition of the three planets?” ponders Stefani. Although this question is by no means new, up to now scientists could not identify a plausible physical mechanism for how the very weak tidal effects of Venus, the Earth and Jupiter could influence the Sun’s dynamo.
Strengthening through resonance
“If you only just give a swing small pushes, it will swing higher with time,” as Frank Stefani explains the principle of resonance. He and his team discovered in recent calculations that the alpha effect is prone to oscillations under certain conditions. “The impulse for this alpha-oscillation requires almost no energy. The planetary tides could act as sufficient pace setters for this.” The so-called Tayler instability plays a crucial role for the resonance of the Sun’s dynamo. It always arises when a strong enough current flows through a conductive liquid or a plasma. Above a certain strength, the interaction of the current with its own magnetic field generates a flow — in the case of the colossal Sun, a turbulent one.
The solar dynamo relies on the interaction of two induction mechanisms. Largely undisputed is the omega effect, which originates in the tachocline. This is the name of a narrow band between the Sun’s inner radiative zone and the outer areas in which convection takes place, where heat is transported using the movement of the hot plasma. In the tachocline, various, differentially rotating areas converge. This differential rotation generates the so-called toroidal magnetic field in the form of two “life belts” situated north and south of the solar equator.
A new recipe for the solar Dynamo

There is significant lack of clarity regarding the position and cause of the alpha effect, which uses the toroidal field to create a poloidal field — the latter running along the Sun’s lines of longitude. According to a prevalent theory, the alpha effect’s place of origin is near the sunspots, on the Sun’s surface. The Dresden researchers have chosen an alternative approach which links the alpha effect to the right- or left-handedness of the Tayler instability. In turn, the Tayler instability arises due to strongly developed toroidal fields in the tachocline. “That way we can essentially also locate the alpha effect in the tachocline,” says Frank Stefani.
Now the HZDR scientists have discovered the first evidence for the Tayler instability also oscillating back and forth between right- and left-handedness. What is special about this is that the reversal happens with virtually no change to the flow energy. This means that very small forces are enough to initiate an oscillation in the alpha effect. “Our calculations show that planetary tidal forces act here as minute external pace setters. The oscillation in the alpha effect, which is triggered approximately every eleven years, could cause the polarity reversal of the solar magnetic field and, ultimately, dictate the 22-year cycle of the solar dynamo,” according to Stefani.
Thus the weather changes due to fluctuating levels of solar energy hitting the earth are far more likely due to dynamics in the larger solar system than they are by how often you BBQ or mow your lawn with a gas powered lawnmower.

Massive volcanism and coal seam fires worldwide put more greenhouse gas in the atmosphere than automobiles do, though man-caused pollution clearly causes local issues, the macro situation that causes changes on the planet’s climate are much larger in scope/scale and are best viewed to be “in the hands of God”.

Somebody tell Barack and Hillary because they continue to spout nonsense.