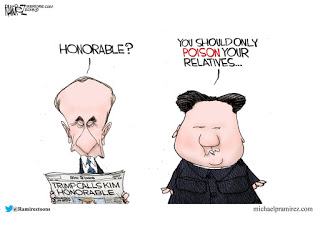 Facebook
Twitter
Pinterest
WhatsApp
An End to Talks?
North Korea suspended high-level talks with South Korea and is threatening to reconsider the US summit. On 16 May, the Korean Central News Agency (KCNA) published a report that cited joint US-South Korean air exercise Max Thunder as the reason for the suspension. The talks were supposed to be follow-up discussions on denuclearization.

“Public opinions at home and abroad comment that the maneuver is the largest-ever and a reflection of the invariable stand of the U.S. and south Korea to persist in the ‘maximum pressure and sanctions’ against the DPRK.”

“The DPRK-targeted drill across south Korea is an undisguised challenge to the Panmunjom Declaration and a deliberate military provocation to the trend of the favorably developing situation on the Korean Peninsula.”  — yada-yada-yada I won’t bore you with the whole rant.

The North suspends events when it is not ready to proceed or when proceeding would be disadvantageous to the North’s image or negotiating position. The above report does not signify a change in North Korean policy. It always has been situationally dependent.
The talks could be resumed, but not before there is a better understanding of what Kim and President Moon agreed to in the Panmunjom Declaration. Before the North-South summit on 27 April, Kim Jong Un told the South Korean special envoy that he “understood” the need for the US and South Korean forces to conduct routine exercises. He did not say he approved of them or tolerated them during peace talks.
Training Cycles
North Korea’s winter training cycle ended in March. May is the time for agricultural activity and post-winter training cycle housekeeping. It is easy for North Korea to promise to cease hostile activities at this time.
South Korea is on a different training cycle. President Moon’s understanding of ceasing hostile military activities almost certainly means ending North Korean missile launches; no more shelling and raids across the Demilitarized Zone; no sinking of South Korean military or civilian boats and no cyber-attacks.
The North Koreans almost never share a negotiating partner’s interpretation of terms unless it suits them, even when their negotiators fully understand the western interpretation.
Today, the talks do not look promising, but that can still change.
Ham-Ass 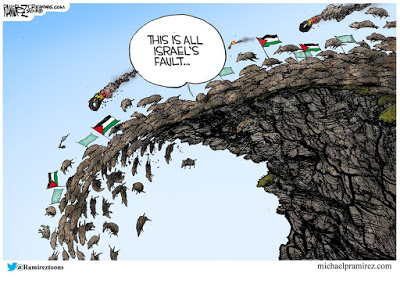 I find it interesting that the corrupt, venal, lying, smug, sly, mainstream media supports the cause of Hamas when they send people out to die by throwing themselves onto Israeli bayonets because the US moved its embassy to Jerusalem.
The Palestinians do these things in protest, but the political calculus does not impact the shot callers who make a lot of money by continuing the tension in Gaza and elsewhere.
War is a racket and nowhere is that more clear than in the Palestinian lands.
It’s also important to note that the Saudis and other Arab sponsors have grown tired of the Palestinians and shifted their support to Israel.