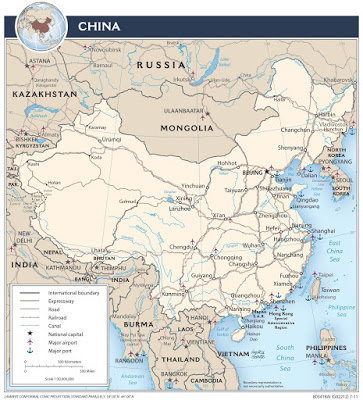 Facebook
Twitter
Pinterest
WhatsApp
Narcotics
We’ve discussed the push within North Korea to “earn” foreign currency. When it comes to earning through narcotics trafficking, most of the heavy lifting is done by North Korean diplomats, operating under diplomatic cover – with full diplomatic immunity. Movement of physical narcotics is managed through the use of a diplomatic pouch or occasionally by North Korean merchant shipping. Successful earning is the pathway to success in the worker’s paradise.

Diplomatic employees of the Democratic People’s Republic of (North) Korea (DPRK), many of them have been apprehended abroad while trafficking in narcotics, including two in Turkey in December 2004; police investigations in Taiwan and Japan in recent years have linked North Korea to large illicit shipments of heroin and methamphetamine, including an attempt by the North Korean merchant ship Pong Su to deliver 150 kg of heroin to Australia in April 2003. (CIA World Factbook)

More recently North Korean diplomats in Mexico were found to have purchased 200 kg of cocaine from Cártel de Jalisco Nueva Generación (CJNG), also known as the Guadalajara Cartel. The narcotics were shipped to North Korea in a diplomatic pouch, presumably for the private use of party elites. As one official from Centro de Investigación y Seguridad Nacional (CISEN) told a source close to Virtual Mirage, “That should be one hell of a party in the Party.” Source asked CISEN whether or not the North Korean diplomats paid with high quality counterfeit US currency. Source hasn’t heard back.
Officially, Party members do not partake of narcotics. Privately, things may swing another direction.
Sex Trafficking and Forced Labor

North Korea is a source country for men, women, and children who are subjected to forced labor and sex trafficking; many North Korean workers recruited to work abroad under bilateral contracts with foreign governments, most often Russia and China, are subjected to forced labor and do not have a choice in the work the government assigns them, are not free to change jobs, and face government reprisals if they try to escape or complain to outsiders; tens of thousands of North Koreans, including children, held in prison camps are subjected to forced labor, including logging, mining, and farming; many North Korean women and girls, lured by promises of food, jobs, and freedom, have migrated to China illegally to escape poor social and economic conditions only to be forced into prostitution, domestic service, or agricultural work through forced marriages. (CIA World Factbook)

The United Nations has given North Korea a Tier 3 rating when it comes to human trafficking.

North Korea does not fully comply with minimum standards for the elimination of trafficking and is not making significant efforts to do so; the government continued to participate in human trafficking through its use of domestic forced labor camps and the provision of forced labor to foreign governments through bilateral contracts; officials did not demonstrate any efforts to address human trafficking through prosecution, protection, or prevention measures; no known investigations, prosecutions, or convictions of trafficking offenders or officials complicit in trafficking-related offenses were conducted; the government also made no efforts to identify or protect trafficking victims and did not permit NGOs to assist victims. (2015)

China
The map of China (right) graphically demonstrates the strategic location of all Korea to Beijing and Shanghai. The large US military presence on the Korean peninsula has been an ongoing irritation since the 1950’s. More recently, the addition of the THAAD anti-ballistic missile system in South Korea has damaged their chi.
In the past they felt that the way forward called for supporting the North, but all that has fallen out of balance with Kim Jong Un and the nuclear weapons and ballistic missile issue. A nuke on a missile, fired by the North Koreans, is as likely to hit Beijing as it is to hit Japan.
The North Korean propaganda machine has been so virulent and they believe their own spew to the point where rationality is something that they can’t understand.