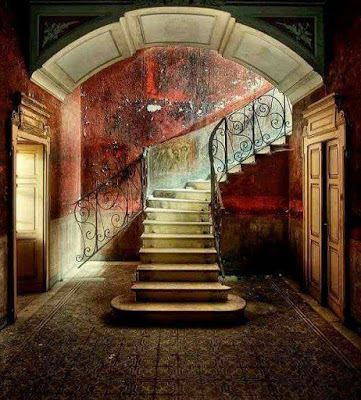 Facebook
Twitter
Pinterest
WhatsApp
I drove to downtown Los Angeles today as a favor (no good deed goes unpunished) and spent two and a half soul-sucking hours in traffic to get there. Upon my arrival I had to find a place to park. Downtown Los Angeles reminds me of Athens, Greece when it comes to parking and I narrowly beat another car to a parking place. I’m parked and the passenger of the other car, who we’ll call Cupid Stunt jumped from her car and began screaming at me. She wanted the parking spot where I parked my car. So there we are, her screaming and me standing there not doing anything, because this is the era of cell phone cameras.
Homer (driver) then emerges from the car. He was 30 years younger than me, maybe two inches taller and Cupid is telling him to kick my a$$. I’m smiling at her and smiling at Homer and just standing there. I look at Homer and he shrugs. He doesn’t want to fight. Then Cupid lays into him as traffic builds behind his car, which is blocking the 9th Street eastbound lane east of Los Angeles Street, or in that general area. She calls Homer a coward for failing to pound my head soft, and berates his manhood.

Note: It’s Los Angeles and I have a .45 Kimber holstered with two spare magazines and a loose fitting shirt that covers it. Yes, I can CCW legally. So even if Homer has a bazooka, I can double tap him if it comes to that and re-holster before he hits the pavement, dead.

A police officer on a motorcycle arrives and Cupid gets in his face over me taking the parking spot before she and Homer could pull in. I’m still smiling and it really get’s Cupid Stunt’s goat. She asks the police officer to make me stop smiling. I explain to both Cupid, Homer and the Officer that I’m just a happy sort of guy.
Homer gets in his car and drives away, abandoning Cupid. She followed the car, beating on the door, but Homer was in the wind. Traffic situation averted, the police officer drove off. Cupid walked back toward me and asked (meekly now) if I’d give her a ride home. She’s in the downtown skid row area and it’s skid row for miles in all directions – zombie land – but there are open businesses. The people on the street are mainly homeless inner city minority types. Cupid is a caucasian woman in her late 20’s with a low cut blouse and daisy duke cut-offs.
Did I help her out?
“Uh, no.”
Did Cupid Stunt find love on the mean streets of Los Angeles? I can’t say. I took care of biz and headed out of that cess pit.
(There’s a lady who knows all the good times are gone, and she’s climbing a stairway to heaven…)