More on the Donkey King 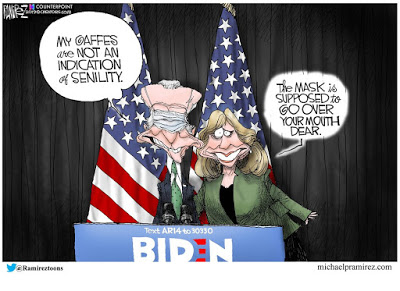 Facebook
Twitter
Pinterest
WhatsApp
In a normal campaign cycle, you’d see the contender, in this case, a Democrat, stumping and speaking. This cycle is anything but normal and the donkeys are working diligently to hide their candidate, made possible by the pervasive Chinese Plague.

Joe Biden’s painful senility is becoming more and more evident as his condition advances. You don’t need to be a doctor to diagnose him.
Even the Australians are making fun of old Slow Joe. “There’s not enough popcorn in the world…”