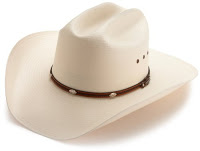 Facebook
Twitter
Pinterest
WhatsApp
Finding Miss Right
A fictional short
Governor Warren Barshall, sat behind the table with his Stetson hat on the tabletop in front of him. Cigarette burns and gouges pocked the table’s linoleum surface. His fastidiously maintained moustache contrasted the deep lines and crags in his tanned face. His dark eyes were set under heavy eyebrows that partially masked the brittle agate sharpness that shown from them. A species of physical intensity hung around him like an aura. He simmered. Then he offered his thoughts in a voice rasped by too much smoke and whiskey. “The poor little bastard looked to me like he was on his way to a firing squad and then I saw more clearly when he walked into the door, blind drunk. We all fit people into categories. The bully, the flirt, the father-figure, the man possessed by ungovernable rage, the brain. I thought that the guy looked pathetic.”
“What category did you put him in?”
“Pathetic fucker. What’s his name again? Fontleroy?”
“Fontaine with an e. Fontaine Mitchell.” I flashed back to the young man who Warren Barshall called, ‘Fontleroy’. He did look more like a Fontleroy. Spoiled face, fleshy lips with a slight overbite, hair too fashionable, manners too pristine. The sweat rings under his arms as he was on his way to see Barshall were too profound. He looked to me as if he’d lost his dog, his best friend and wrecked his car all on the same day. I think it had more to do with a fear that Warren would discover his homosexuality and out him to the world, and to his mother, who hoped in vain for a grandchild.
“Isn’t that just a bit harsh? You’d just seen him for the first time.”
“It’s like a father’s authority. A father’s burden. It’s too much for some people. I want to see a certain toughness in people, but the kind that doesn’t veer toward callous. Because that’s a dangerous road. Aggression is necessary. Don’t look at me like that, it is and so is compassion and a sense of fairness.
“I look for men who are thorough, who have good eyes and steady habits. They ask the right questions. A smart, steady man is very hard to find. Someone who knows how to talk to people. Somebody knows when to shut up and listen. God doesn’t make very many men like that, does he?” Warren scrutinized me from under his bushy eyebrows.

Warren loved to bait me. Usually I didn’t take it, but my Stetson came off. I tossed it on the table next to his and then I sat down across the table from him and beckoned to the bartender. “What he’s drinking — two more.”
“And the lady?” Warren wanted to know my impression because he’d started to get sweet on her. Fontleroy –Fontaine, her son, came to meet Warren because she’d become sweet on him as well. “Did you check her out?”
I tapped the drink that arrived and then downed it in one. “She wants to live in a world where everything around her can be identified and is certain to remain constant, like the ocean, or maybe the moon. She trusts objects that you can point to and know what they are in a concrete sense. I think that’s why she struggled with love in her marriages. She can’t touch it. She can’t hang onto it and if it changes at all, she runs. I think that she was damaged from the year that she spent on the street as a soiled dove.”
Warren’s eyes became harder, “Why should I listen to you?”
“Maybe you shouldn’t. I think that human consciousness is a tragic evolutionary misstep. We’re creatures who labor under the illusion of having a ‘self’, each of us programmed with total assurance that we’re each a somebody. But everybody’s nobody. She’s the classic example. Your girlfriend fabricates meaning in order to deny who she is down deep so that she can keep going. She’s an uncanny puppet on a lonely planet, in cold space, living and replicating and sending unborn generations into suffering and death because that’s her programming. Except that Fontleroy is about to screw up the future generations part of it.”
“Don’t you think that leaving God out of it is a little harsh?”
“Harsh? Coming from Warren Barshall? I’m surprised you didn’t waterboard me to get information about her.”
Warren admitted, “It did cross my mind—If that’s all that you think life is, why don’t you go and kill yourself?”
“I lack the courage for suicide.”

The bartender brought more drinks and both Warren and I pounded them and motioned for another round.

Warren looked around at the smoky, cramped bar. Most of the men were hard-worn, watching basketball on the television, scraps of neon, tinsel, Razorbacks football posters. If they recognized him as their governor, they didn’t acknowledge it.
I grabbed my hat, perched it on my head and stood, turning to walk outside. He followed my lead, dropping cash onto the table. We emerged into a warm, humid summer night. I looked back at the bar. It had been constructed a century before out of old bricks and limestone cube. The neighborhood around it bore the tatters of an abandoned commercial neighborhood. Small strip stores with broken windows and cardboard patches, kudzu and ivy growing wildly all over everything, high grass breaking through cracks in the sidewalk.
“The lady, what about the lady?”
“What do what you want, Governor? I gave you my assessment. When she was younger, she smoked pole for a living, then she went through three men and now you want her to go through you. You’re a big boy. I’m not sure why we choose the ones we do. Some women just have your name on them, like a bullet or a nail in the road.”

In this story, there are people who are identified and unidentified. Warren Barshall is the Governor of Texas, though the state is not mentioned. There is a bit of Texas in the story just because. The person reporting to him is his favorite Texas Ranger (law enforcement, not the baseball team) and that person is never mentioned by name because it’s written in the first person. I wrote it as a study in contrasts last week. You can file it under matchmaking, Texas style.