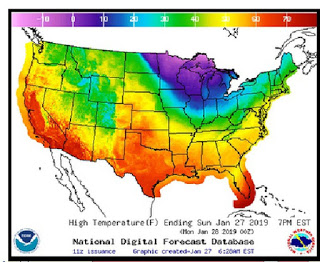 (link) It’s coming and it’s elegant proof of climate change and the melting ice caps. Except that they’re not melting – yet. Nor are polar bears extinct and that extinction event was scheduled for 2017. “Don’t be disappointed, they’ll be extinct soon enough,” climate scientists who are funded by global warming activists assure us.
So if you’re impacted by the Polar Vortex, the way out for you is to pay more taxes. I’m thinking of setting up a go-fund-me page to help fight the scourge of global warming. In the mean time, you can always send me cash, gold or silver coin. There are no middle men at the White Wolf Mine Climate Fund. 100% of your money will go directly to speed my personal efforts to save the planet, while there is still time. And some of you say that I’m not a giver?
Killing Babies 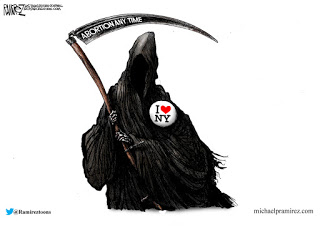 I know that you’ve read about the new law in New York that allows you to kill your unborn child right up to the moment of birth. Progressives call it “choice”.
Of course, there are forms of retroactive birth control that could be administered as a form of choice as well. The liberals (none of whom are armed) are a bit more disturbed about that sort of legal doctrine.
How is killing a baby that is viable outside of the womb not homicide? (Murder by definition is a subset of homicide that requires premeditation, and other circumstances come into play as well)
Venezuela
The legitimate government of Venezuela, led by the Venezuelan National Assembly is open for business today, while the communists feel that they’ve been hoodwinked by an American engineered coup. The communists control the army, the navy (such as it is) and the air force (out dated junk). They also control the police because they control the money looted from the treasury.
There are no American marines patrolling the streets (the way that they do the streets of heaven) and in point of fact, there is no visible American presence. The Russians are pensive. Will Maduro take the offer and flee to Moscow to live in a shabby apartment (next door to Snowden) with five cases of Stoli to keep him company? Will the Russians be allowed to keep their investment in a free Venezuela?