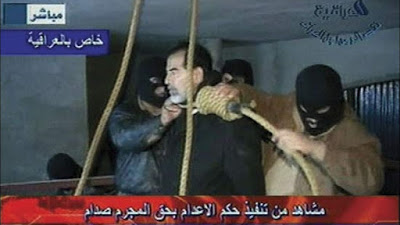 Facebook
Twitter
Pinterest
WhatsApp
Context and Precedence BBC News here.
Venezuela has a new president according to thirty-one (maybe more as I type) countries who recognize Juan Gerardo Guaidó Márquez (35 yrs old), Leader of the Venezuelan Popular Will Party and President of the National Assembly of Venezuela since 5 January 2019.

It’s as if President Trump knew the announcement was coming. Like magic?

Juan Gerardo Guaidó has been quoted as saying that he wants to make Venezuela great again. We know how he feels. Imagine if Hillary was running the USA?
President Maduro, the now illegitimate ruler of Venezuela (according to the US) did not agree with President Trump and gave American diplomats 72 hours to leave the country…or else. The Russians got together with Maduro and told him what would be coming if he assaulted the US Embassy (sovereign US soil) and Maduro reversed himself. The Americans can stay for now. The idea of the US yachting across the Caribbean with a fleet, a Marine division, a few air wings and supporting forces even as the 82nd Airborne Division holds the airport…and a lot of cargo planes land with a lot of tanks didn’t appeal to Maduro.
The Russian ambassador to Venezuela is said to have showed him photos of Saddam Hussein, Colonel (for life) Muammar Mohammed Abu Minyar Gaddafi, and Osama bin Laden, none of whom ended well.
The Popular Will Party is getting its act together as it tries to cobble together a response to the Venezuelan Army and the police, who remain loyal to (now ex-) President Maduro.
There are a number of scenarios.
(#1) Ex-President Maduro rallies the troops and kills Juan Gerardo Guaidó Márquez in a junta to ‘oust’ the recognized president of Venezuela. Cause and effect would likely see the US rising to support the legitimate government (see Colonel Gaddafi, right).
(#2) The Russians send troops to support Maduro… but Putin isn’t that stupid. It’s not the 1960’s and Venezuela isn’t Cuba. President Trump isn’t the feckless community agitator – Obama.
(#3) Maduro accepts the offer from the US and goes into exile in Russia with enough money to keep him in hookers, vodka and cigars until he shuffles off his mortal coil. The supporters he leaves behind are tried for their crimes. Many are executed.
No matter how it plays out, the misery in Venezuela is addressed, balance is restored and the Venezuelans are able to make Venezuela great again.
Your sermonette: Don’t fear the reaper.