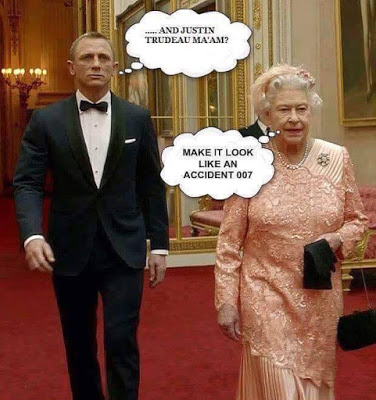 Facebook
Twitter
Pinterest
WhatsApp
Where is the Outrage?
The never-ending progressive rant about America building a border wall along its Southern Border hasn’t been projected to other parts of the world where similar structures are being erected. Likewise, the People seems to object only to the US Border wall, as he hasn’t torn down the walls around Vatican City. Thus Monday Madness focuses on another wall – because we can. Come on, Hollywood, let’s hear you denounce Pakistan.
On 25 March, Pakistan Army Chief of Army Staff General Bajwa announced that the Pakistan Army has begun building a fence along part of the northwestern border with Afghanistan to disrupt infiltration by Pakistani Taliban and other anti-government fighters from bases in Afghanistan.

Fencing started in Bajaur and Mohmand districts. General Bajwa described both Bajaur and Mohmand as ‘high threat zones’ which was why, he said, they were being accorded priority in the plan. Banned groups that operate from Afghanistan in the area include Jamaat ul Ahrar and Tehreek-i-Taliban Pakistan.
Addressing troops deployed on the border in Mohmand and Orakzai districts on Saturday, General Bajwa said “technical surveillance means are also being deployed along the border besides regular air surveillance”, according to a Pakistani military statement.
Officials also said that Pakistan is building 423 small forts along the 2,430km-long border with Afghanistan–roughly 6 kilometers from each other–for effective border patrolling and monitoring. More than 60 such forts have already been built.
Assuming Pakistan follows through with the plan, it finally looks serious about improving border security. Mohmand is where Jamaat ul-Ahrar terrorists from Afghanistan killed five Pakistani soldiers on 6 March. Mohmand and Bajaur are opposite Afghan provinces in which the Islamic State has a presence or operates.
According to the Federally Administered Tribal Areas (FATA) web site, FATA is a tribal region in the northwest of Pakistan, lying between the provinces of Khyber Pakhtunkhwa to the north and east, Baluchistan to the south and Afghanistan to the west. The territory is almost exclusively inhabited by various Pashtun tribes. FATA comprises seven tribal Agencies and six Frontier Regions.
Fencing the border is a politically charged and provocative action because Afghanistan and Pakistan do not agree on the trace of the border. An Afghan politician said that Afghanistan will never allow Pakistan to build a border fence.
The start of construction could lead to border clashes and has in the past. Last June, Pakistan closed the Torkham border crossing point, west of Peshawar, for construction improvements, including building a new gate. That led to a spike in tension and several days of cross border artillery shelling before the two sides agreed to talk.
Another agenda. Construction of a border fence also supports a government domestic agenda item to incorporate the seven tribal agencies into the Pakistani province of Khyber Pakhtunkhwa (formerly North West Frontier Province).
The agencies have local tribal administrations that are overseen by the office of the President of Pakistan in recognition of the historic autonomy of the Pashtun tribes in the border region. That freedom has included an open border in tribal homelands. The mainstreaming of the agencies in Khyber Pakhtunkhwa would impose tighter control of the tribes as well as alter traditional smuggling and travel practices. The Army’s fence will support the government’s agenda, but the Pashtuns are likely to resist.
What about Canada?