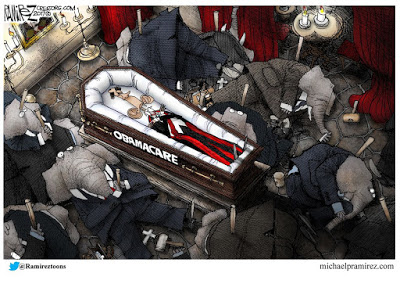 When I get up in the morning and look into it, I instinctively ask the question, asked by men since mirrors came into use, “who is that old b@stard?”

I was recently invited to Credenhill, England this coming summer to spend some time with old friends, many of whom I haven’t seen in forty years since a secondment to the Brits when I was in the US Navy. My response was, “That’s a filthy lie, it can’t have been forty years.”

Friends, the clock is a remorseless foe and in the end it will kill us all. The moral to this story is, “fight like you’re the third monkey on the ramp up to the ark and it’s starting to rain.” The clock will still kill you, but you’ll get your full measure.

Luckily for the Tulsa Police Department, she was white and apparently not a Muslim.

The moral to this story is that you can run, but you’ll only die tired.
Prepping
I find the notion of “liberal preppers” to be absurd in the extreme. However their caches of supplies may be of use to the rest of us since they are likely to be easy prey. I saw a liberal discussing his concerns for a Trump Apocalypse on on a news program the other night and — a liberal person prepping is like a fish riding a bicycle. It’s as incredible and outlandish as somebody like Al Franken, a goofy, failed comedian, becoming a US Senator.

Once again, California made the list of the nation’s top “Judicial Hellholes,” according to the latest rankings of the “most unfair” civil litigation courts by the American Tort Reform Foundation.
On the plus side, California dropped to the No. 2 ranking after previously topping the “Judicial Hellhole” list in 2012, 2013 and 2015. It’s incredible that there would be a state that would be worse than California. New York (as one would expect) is No. 3. Which state beat both The Golden State and the Big Apple as the penultimate worst? Missouri.
ObamaCare Lives?

As crazy as it may seem to some of you, I think this situation is FUNNY. Now the Democrats will have to petition President Trump to save them from the crash of ObamaCare.
For all of the bluster and lies, all of the obstruction and all of the misery that Pelosi and her gang caused – and all of the laughter at the Republicans (gang that couldn’t shoot straight), all indications are that they will work with the Republicans to find a way out.
Because as ObamaCare collapses completely, the Progs feel that the electorate will blame THEM. And the first duty of a politician is to get re-elected. I have no idea what the new American Healthcare Act will look like but Trump, the negotiator, will be called upon to broker a deal.
Uncomfortable Politics 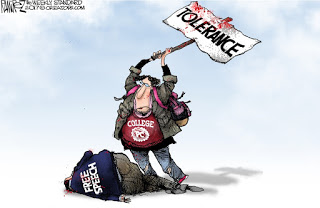 There are other whispers from the Capitol — that President Obama did generate a situation using signals intercepts (wiretaps) to undermine the newly minted Trump Transition  — for the purpose of undermining and delegitimizing his presidency. This puts the “party of tolerance” in a difficult position.
They can send their legions in the corrupt, lying, nasty, elite mainstream media to continue the attack, but will the attack backfire.
I realize that the progs are very slow on the uptake, but they’ve been wrong about EVERYTHING so far as it relates to President Trump. Some in the Donkey Party are worried that they need to dial down the rhetoric in case this ends up being something that shows Obama into prison, and his staff with him.