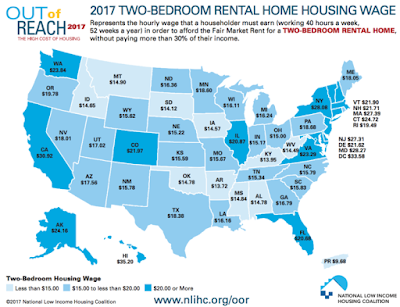 Tell me, is something eluding you, Sunshine?
Is this not what you expected to see?
If you want to find out what’s behind these cold eyes,
You’ll just have to claw your way through this disguise…
–Roger Waters – Pink Floyd, The Wall

Sadly, the reality is that you are paid precisely what you’re worth to somebody else. Minimum wage was never intended to be the standard for employment compensation, but since government created a minimum wage thus interfering with commerce, it has been a convenient place to peg salaries for people, many of whose time is actually worth less.

And this is a problem for many employers and employees.
The cost of living in the USA is not uniform. What is a living wage in Arkansas is a starvation wage in much of California, New York, Hawaii or Washington DC.

Arkansas has the lowest hourly income needed for a two-bedroom rental at $13.72, and the state minimum wage is $8.50/hr. Hawaii demands the highest income of renters: Workers need to make $35.20 to rent a two-bedroom there, and the state minimum wage is $9.25. This means that you need a roommate or two to spread the burden if you plan on turning burgers, for the rest of your life.
The antidote to this situation is to learn a trade or gain a profession where your time is worth more. Sadly, the cant of the progressive left is that businesses should subsidize those whose time is worth less than they’re being paid by increasing the minimum wage. It makes no sense unless you are a social justice warrior (and likely don’t work for a living and are living in Mom’s basement). 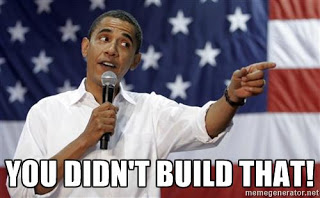 Fiddling with and increasing the minimum wage means that some businesses who can’t afford to pay workers more go under. This situation has never bothered the progressive left and our former president who reminded us over and over that YOU DIDN’T BUILD THAT. Then again, there is no record of Barack doing a day’s labor in his life. 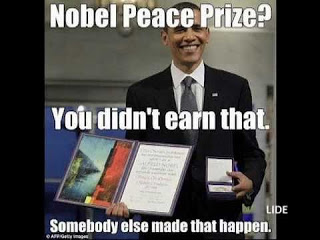 Barack successfully race baited his way into a position of advantage and I guess it’s fair to say that he was paid what he was worth. If you can’t dazzle them with brilliance, baffle them with bullshit. (hint: bring a teleprompter) It isn’t the best solution to the minimum wage issue, but being President is better than flipping burgers, bussing dishes, fluffing for the porn industry or picking cotton. The Nobel Peace Prize, awarded to President Obama for being the first mixed race president is an example of how some can work the situation to their benefit without the need for a minimum wage.

Then there’s Hillary Clinton, famous wife of Bill (Slick Willy) Clinton who was simply more wicked than her opponents…until she ran into Barack and then The Donald. Politics may be a solution or a road to success for many low skilled people, but there aren’t enough Congressional seats for all of them.

A member of Parliament to Disraeli: “Sir, you will either die on the gallows or of some unspeakable disease.”

“That depends, Sir,” said Disraeli, “whether I embrace your policies or your mistress.”

Government hands medals and awards to their elite in the very same way that Hollywood recognizes its elite. Hollywood does a better job with the pomp and circumstance.

Receiving a medal if you are an elite politician doesn’t mean that you’ll be paid more for your next movie the way that they do it in Hollywood. But in Hollywood, you’re only as good as your last game. The same is true for prostitutes and consultants (and there’s not much difference – I know – you just don’t get a happy ending from a consultant). In government, you have a guaranteed income for as long as you live, a robust pension with survivor’s benefits, etc. No particular talent is required – See Barack, Hillary and Slow Joe (above). They all have medals and awards and didn’t do a damned thing but make life miserable for the American people. They all got rich on pay to play, but that’s another story.

“When you see that money is flowing to those who deal, not in goods, but in favors – when you see that men get richer by graft and by pull than by work, and your laws don’t protect you against them, but protect them against you – when you see corruption being rewarded and honesty becoming a self-sacrifice – you may know that your society is doomed.” – Ayn Rand, Atlas Shrugged

In government as a legislature, you can vote yourself a pay raise. The California Legislature voted themselves a fat pay raise this week and Gov. Moonbeam is the highest paid governor in the nation. He would tell you that he’s worth it. I agree. Scamming (as with Barack) pays at times – thousand times minimum wage. California legislators also receive $183.00 per day in tax free per deim to cover incidentals while they’re in session, and a wide range of other perks not available to anyone who is not voting themselves raises. Better than trimming trees? You bet!

No skills, stuck in a minimum wage job? Try politics!

“The government consists of a gang of men and women exactly like you and me. They have, taking one with another, no special talent for the business of government; they have only a talent for getting and holding office. Their principal device to that end is to search out groups who pant and pine for something they can’t get and to promise to give it to them. Nine times out of ten that promise is worth nothing. The tenth time is made good by looting A to satisfy B. In other words, government is a broker in pillage, and every election is sort of an advance auction sale of stolen goods.” – H. L. Mencken