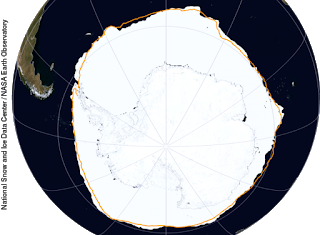 (WaPo) “Antarctic sea ice hit 35-year record high Saturday.” As one could predict without reading the article, the Washington Post (progressive publication) attributes the expanding sea ice to…wait for it…”Global Warming”. The article cites suspicious vortexes as the potential cause even while predicting that the ice will melt, seas will rise, etc. To assert anything else would be to reveal themselves as “climate deniers”, repudiating “settled science”.

(h/t John D. for putting me onto this)


Oh, Canada!
Canadian law panders to fringe psychopathies, sexual neuroses, hysteria, paranoiac delusion, and freakish sociopathies disguised as an abortive political ideology. It’s now a violation of criminal law in Canada to use the wrong pro-noun when referring to a person’s (perceived) gender. I don’t know if the Canadians ascribe to the 31 genders that are all part of law in New York or if they run with the 18 genders in California — or if they have their own list. (these genders are fluid and to some extent it’s how you wake up feeling on any given day and on whether you feel like wearing boxers or panties on that given day) 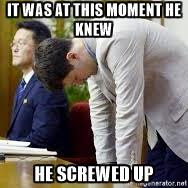 (Daily Caller) Canada passed a law Thursday making it illegal to use the wrong gender pronouns. Critics say that Canadians who do not subscribe to progressive gender theory could be accused of hate crimes, jailed, fined, and made to take anti-bias training.

Canada’s Senate passed Bill C-16, which puts “gender identity” and “gender expression” into both the country’s Human Rights Code, as well as the hate crime category of its Criminal Code by a vote of 67-11.

Going along with the Canadian theory (now law) how anyone could know which pronoun a particular person would prefer? I’m not planning travel to Canada – but if I went and if I got it wrong, I could land in a Canadian prison after being convicted by a kangaroo court after saying “he” when the Canadians assert, that I should have said, “she”. I’d end up like the hapless Otto Warnbeir – murdered by North Koreans (only Canadians in this case) and then returned to the USA in a coma days before he expired. Is there a Canadian who reads this blog who could explain it to me and the rest of the readers?
Now for a breath of fresh air.

(National Review) With the Left feverishly attempting to squash unwelcome speech on college campuses, with the president of the United States musing about tightening libel laws, with prominent liberals asserting that so-called hate speech is not protected by the First Amendment, free speech in America at least has one reliable friend — the Supreme Court of the United States.

In a firm 8-0 decision, the court slapped down the Patent and Trademark Office for denying a band federal trademark registration for the name “The Slants,” a derogatory term for Asian-Americans. The case involves a very small corner of federal law, but implicates the broader logic of political correctness, which is that speech should be silenced for the greater good if there is a chance that someone, somewhere might be offended by it.