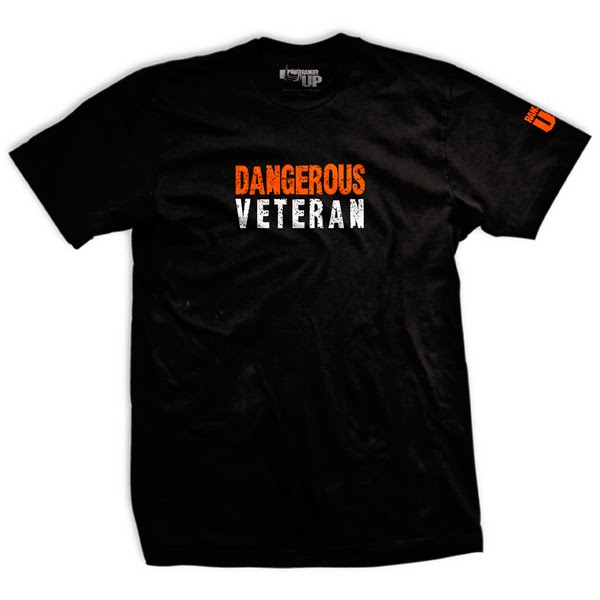 As we all know, one of the greatest threats to the American way of life is returning veterans. They are familiar with firearms, are able to defend themselves and are largely unemployed. Most of them are Republicans and harbor secret and disturbing Tea Party political orientations. There is an uncomfortable pro-Second Amendment quirk among these returning warriors that should leave every American quaking under their quilts at night.
Since the US Military is demobilizing at an unprecedented rate do to the fact that peace has broken out worldwide – and America needs more funds to support illegal aliens and welfare queens, you’re going to see more of these pariahs in your town and possibly also in your very neighborhood. Sadly, some of them may even be family members.
Every veteran has PTSD, according to the media. Every veteran has a violent strand of PTSD, according to the mindless sheep who believe everything they see on television. This “Ranger Up” t-shirt says it all.

At any time, in any place, and for no good reason, I might just kill everyone in a twelve block radius. Seriously, I’m a ticking time bomb of death and destruction and I may or may not have an incurable case of the PTSD. Please treat me like a second-class citizen. I enjoy it.

(Duffleblog) WASHINGTON, D.C. — Following a second mass shooting at Fort Hood, at least one lawmaker thinks a bill currently under consideration will ensure the safety of American communities by requiring the estimated 2.6 million unstable veterans who served in Iraq or Afghanistan to tell their neighbors of their combat service.

The Fortify & Unite Communities to Keep Veterans’ External Threats Secure Act (H.R. 1874) which was introduced on Tuesday, would require military veterans to register with the Department of Homeland Security and periodically “check-in” with a case officer, in addition to going door-to-door in their neighborhood to notify people nearby that they are a powder keg of post traumatic stress, alcoholism, murder, and hate just waiting to blow. 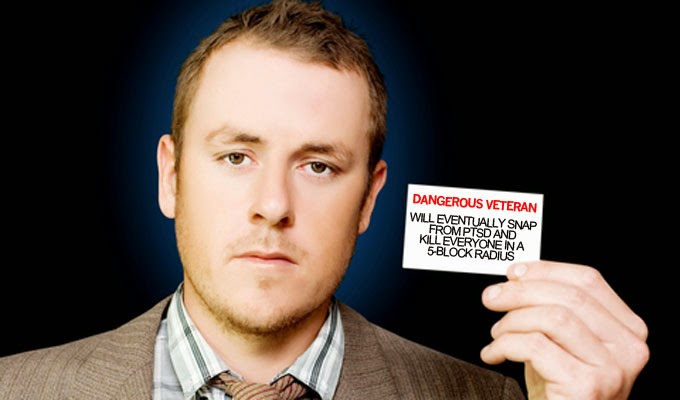 “We really feel that we can drastically minimize the damage to some communities, especially those in troubled ‘PTSD hotspots‘ that have become a haven for these psychopathic troops,” said Rep. Jim Moran (D-Va.), who sponsored the legislation. “We are so thankful for their service, and now they can continue to serve on veterans probation.”

For the safety of communities, the FCC would also direct cable providers to block access to violent war content popular among veterans, to include The Military Channel and Lifetime. Further, a preliminary letter details instructions sent to providers to censor movies such as “Black Hawk Down” and “Saving Private Ryan” so as “not to place a veteran into a potentially violent mental state and protect the community by not ‘poking the bear.’”

The bill is up for vote in the House Veterans Affairs Committee next Thursday where watchers say it’s likely to pass before going to the floor for a full vote. However, there’s been some controversy surrounding one part of the bill barring veterans from living within 1,000 feet of bars, gun ranges, or liquor stores, as critics claim this would be unfair to local businesses.

Lawmakers are still debating a requirement that veterans need approval before moving to a new community they would eventually terrorize. An amendment requiring case officers to place crazed veterans in a locked safe room for the 24 hours of Independence Day and New Years Eve had already passed.

Be afraid if returning veterans. Be very afraid.