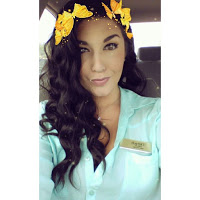 I’m out at the White Wolf Mine this week, in the high country, trying to select a builder to construct the hovel and make improvements to the compound.

My daughter, Emilie, back from Florida, is traveling with me. She hasn’t seen the mine property before – though she is generally familiar with Northern Arizona. Even though Emilie can be a princess at times, she also likes driving the 4×4. Her first driving experience was in the bad lands between Camp Caddy and Needles. I think it was somewhere off the Kel-Baker Road. Anyway, she signed on for this trip in the hopes of some low-range driving.

I have my geo-pick and some sample bags with me because there are some outcroppings that I want to sample for silver content. There is gold but it’s present in trace amounts here and there, usually as an amalgam with silver.

I’d like to do is to get enough silver to refine and turn into belt buckles or even conchos for fancy vests and such (made from elk that I killed).  These sorts of projects take time and you can’t rush exploration. There is nothing new under the sun. The best places to look are often the paths that others have tread, without paying attention – or game trails. Riverbeds are always good and the washes near the mine are seldom trod by human boots. 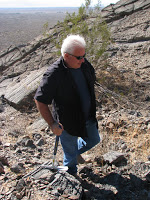 Emilie’s claim to fame, such as it is, comes with fossil hunting.

In the photos (above and left), we are at the Latham Shale not far from Chambless, looking for Cambrian era fossils. The Latham Shale in the Marble Mountains is one of the most ancient formations in California and is a place to go if you’re looking for trilobites and the remnants of the ancient sea floor. It’s also quite remote.

There are Jurassic Era fossils in the area of the White Wolf Mine. (in the Clear Creek Canyon) I plan to work the area for fossils as well as looking for silver.

Fossil Creek Canyon is about 18 (+/-) miles from the mine (and more than 1,800 ft lower in elevation) (cliff jumping at Fossil Creek) in the Fossil Creek Wilderness – so named because there are fossils to be found there.

As an aside: Last week, two red-dot Indians named Patel – men in their 30’s – from San Jose, CA drowned in Fossil Creek near the basin pictured in the video above. Neither could swim. One went into deep water and the other jumped in to ‘save him’. I’ll reserve comments except to say that you shouldn’t go into unfamiliar water if you can’t swim. It inevitably leads to a “Darwin Award” – now back to the commentary –

Rocks in the canyon vary in age from the Precambrian through the Cenozoic (from shells and mollusks to mammals) so the range in fossils takes you through the age of the dinosaur into the realm of mammoths and sabertooth tigers. It’s a fun place to just hang even if you’re not hunting for fossils and silver. I have the Ruger Super Redhawk Alaskan, just in case. I can swim so will not bring my water wings.

I spoke to a friend today who told me that there was nothing to do up on the Mogollon Rim. Keep in mind that he’s a city person and doesn’t understand the appeal of this sort of place.