Facebook
Twitter
Pinterest
WhatsApp
The mainstream media has a lot of talking heads on it these days who assert that the mid-term elections are not a referendum on Barack Obama.

And at the same time, none of the Democratic Party politicians running for office in the mid-terms want Barack to campaign for them. Most refuse to admit even voting for him – EVER. It makes you wonder who the mainstream media is working for. 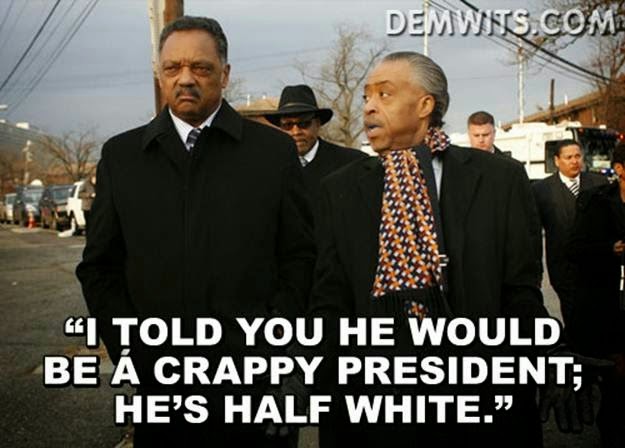 AND…It’s election day and by all accounts outside of the mainstream media, the mid-term elections will largely reflect either support or repudiation of President Obama’s work over the past six years. Democratic Party candidates for office to a one, refuse to identify themselves with what is widely regarded as a failed regime. America has tasted utopian socialism and it doesn’t taste very good, particularly when you combine it with the gaggle of rapacious Chicago thugs that have been in the White House.
If you’re a Democrat, I can’t help but remind of you of your duty to vote early and often whether or not you are a US Citizen and whether or not you are a felon. Keep in mind that the future of your generous “free” government benefit package, including your free phone and freedom from paying taxes hangs in the balance.
For the rest of the nation, it’s important to vote for people who will uphold the Constitutional Government. We DID build that.

Democrats can’t do much but they can recall (with disturbing regularity) the PIN numbers on their EBT cards, the day the welfare check arrives, their Obama Phone numbers, and the hours of operation at the corner liquor store. And it’s in their best interest to vote so that the gravy train will continue to roll.