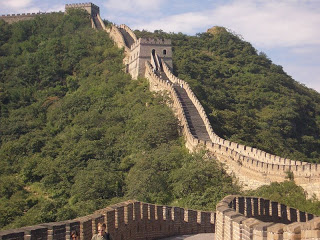 Chinese bloggers “expressed rage and despondence after learning about the plight of 12 mentally retarded men from Sichuan province who were sold into slavery to work at a building materials plant in the Xinjiang Uighur Autonomous Region,” according to a CIA review of the Chinese blogosphere during the week of December 10-17, 2010.

The CIA survey portrays Chinese bloggers as alert, engaged and influential in shaping government policy.
“The controversy over the mentally retarded workers set off a passionate discussion in the blogosphere on such topics as the treatment of disabled people in society and the role officials play in allowing workers to be exploited in private enterprises…The public reaction resulting from the story’s popularity in the blogosphere as well as in traditional media almost certainly had an effect on the quick government response,” the CIA report said.
Among several other current news stories, “Many Chinese Netizens continue to follow and comment on the legal case of Wikileaks.org founder Julian Assange,” the report said. [Aftergood/SecrecyNews/19January2011]