The Value of Critical Thinking

Facebook
Twitter
Pinterest
WhatsApp
Proud progressives and postmodern thinkers must be slapping themselves in sincere congratulations that the minds of our next generation have been prepared for the new politics of the political left, which are essentially the same old collectivist politics of the left. This struck home solidly for me when I attended a junior high school function years ago for one of my children and a disheveled guy wearing an old, stained t-shirt with a picture of Ernesto (Che) Guevara on the front was identified as the “sociology teacher”. This same faculty member had a student successfully evicted from one of his classes for wearing an American flag on a shirt with the slogan, “These Colors Don’t Run!”

Postmodern philosophical ideas have permeated all aspects and levels of western culture. Most find a a defining moment in modern aspects of “political correctness” which tend to police and order those progressive notions. None work so hard to enforce the transmission and inculcation of political correctness into a new generation as do elementary school teachers.
When my daughter, Amanda, became an elementary school teacher, I thought that she personally would make a difference — but I had no idea how tightly they were controlled by administrative faculty, who held positions of educational, artistic and political power. The political party line of ‘conservative bad, liberal good’ was one of those things teachers were expected to blast young minds with.

How can such ideas thrive? It is relatively easy when you “deconstruct” the Western philosophical tradition and introduce moral relativity; contradictory discourses, deceptive rhetoric; and a pervasive contempt for both reason and truth. The latter attitude, in particular, allows one to develop an amazing and mind-boggling talent for being able to ignore objective reality under any circumstance, expecially when said reality punctures your ideological bubble.
College students have become the children of postmodernism; steeped in the nihilism of our day; marinated in its metaphysics and epistemology. They go to college to learn to think and instead learn how not to. They believe in nothing and stand for nothing. They are taught to mindlessly mouth the same old tired and worn self-serving platitudes of a defunct and dangerous world view. They will become the minions of the left. Since they do not know how to sift fact from opinion, they can be easily manipulated by postmodern rhetoric. Their poster child is Barack Hussein Obama.
While the neo-Enlightenment thinkers have come to terms with the modern world, from the postmodern perspective the universe has been metaphysically and epistemologically shattered. We cannot turn to God or to nature; and we cannot trust reason or mankind. 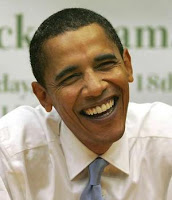 But there was always socialism. As bad as the philosphical universe became in metaphysics, epistemology , and the study of human nature, there was still the vision of an ethical and political order that would transcend everything and create the beautiful collectivist society.
Yes, there is always the “perfection” of socialism in the back of the minds of the leftists today; as they slowly but surely push this country toward that wakingdream nightmare. And they have a new generation of mindless minions who will vote for a smooth talking, talented non-entity and make him an American Idol. An idol to be worshipped.

“The aim of public education is, and has always been, to make members of the public more standardized and thus better suited for incorporation into The Plan. It is unsurprising that socialists have taken up the cause with verve. President Obama, speaking to an audience of schoolchildren, described in some detail how he expects the schools to produce students who will serve the needs of the state; unsurprisingly, he cast the situation in terms of his own agenda, emphasizing health care, racial discrimination, and job creation.” (Socialism is Back, Kevin Williamson)

Sociologists Richard Arum of New York University and Josipa Roksa of the University of Virginia published a new and unprecedented study – now a book: Academically Adrift: Limited Learning on College Campuses. They followed several thousand undergraduates through four years of college found that large numbers didn’t learn the critical thinking, complex reasoning and written communication skills that are widely assumed to be at the core of a college education.

“Many of the students graduated without knowing how to sift fact from opinion, make a clear written argument or objectively review conflicting reports of a situation or event.” (according to New York University sociologist Richard Arum)

The students, for example, couldn’t determine the cause of an increase in neighborhood crime or how best to respond without being swayed by emotional testimony and political spin. (does that sound familiar?) Not much was asked of students, either. Half did not take a single course requiring 20 pages of writing during their prior semester, and one-third did not take a single course requiring even 40 pages of reading per week.
Is any wonder that these students graduate with the feeling that the mainstream media is a fair and truthful arbiter of “news”— or that they voted for an empty vessel like Barack Hussein Obama?