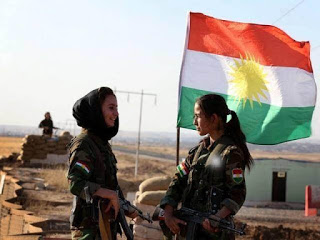 China Learns from the NFL
China has introduced a law making it illegal to “disrespect” the national anthem, punishable with two weeks in prison. The timing indicates that this is a consequential effect of protests by athletes in the US.
Pakistan
Nawaz Sharif rises again. The ruling Pakistan Muslim League-Nawaz (PMLN) party on Monday, 2 October, nominated ousted (corrupt) prime minister Nawaz Sharif as its leader.
Sharif’s restoration to leadership means that he will not go into exile, following the example of former president and chief of army staff Pervez Musharraf. Sharif intends to fight the charges of corruption and to direct the policies of the governing party. He said he will not leave Pakistan if his legal situation deteriorates. HOWEVER, the Swiss bank accounts are in place and Pak leaders talk a good game until prison threatens. Sharif goes on trial next week for corruption.

For the record, all Pakistani leaders are corrupt.

In the aftermath of the independence referendum, the elections could be construed as the first under an independent Kurdistan government. If the elections are held, they are likely to further aggravate the political confrontation.
Iraq’s parliament will suspend Kurdish lawmakers who voted “yes” in the Kurdish independence referendum. A list of those who voted yes will be compiled, and their parliamentary status will be suspended until a court makes a final decision.

Al-Abadi said, “I warn of the actions of the region’s military mobilization in Kirkuk; it is dangerous… The imposition of a status quo by force over the disputed areas is unacceptable.”

The KRG sent Kurdish militia units to Kirkuk to prevent its seizure by the Islamic State. Despite numerous attacks and significant numbers of casualties, the Kurds held the city when the Iraqi and allied forces were fleeing the Islamic State.
Kirkuk province along with parts of the provinces of Nineveh, Saladin (northern Iraq) and Diyala (eastern Iraq) are disputed between Baghdad and the KRG and inhabited by a mixture of ethnic Kurds, Arabs, and Turkmen. Land ownership rights, historic ethnic lands and control of oil resources are three of the core issues that underlie the dispute between Irbil and Baghdad over Kirkuk.
Abadi has threatened to send Iraqi Army units to Kirkuk. The Peshmerga commander in Kirkuk has vowed to resist them by force.

According to a UN report released on 3 October, attacks in Mali by militant Islamists against UN peacekeepers, Malian troops and French forces have surged over the past four months and inflicted heavy casualties on security forces.
UN Secretary-General António Guterres reported that the security situation had “significantly worsened” since June.
Extremist groups carried out 75 attacks: 44 against Malian forces, 21 against the UN’s MINUSMA peacekeeping operation and 10 against the French Barkhane counter-terrorism mission. Most of the attacks occurred in northern Mali.
“These figures represent an increase of 102.7% for all attacks,” compared to the previous four months, said the report to the Security Council. During those four months, six peacekeepers, one civilian and eight UN contractors were killed and 34 other UN personnel were injured.
The heaviest toll, however, was sustained by Malian forces, with 39 members killed and 44 wounded. The Security Council is set to discuss the crisis in Mali on 5 October.
The deterioration in the security situation is not the result of a shortage of soldiers. The French have a thousand counter-terrorist forces in Mali as part of Operation Barkhane. The Malian armed forces include at least 7,000 soldiers and is being rebuilt.
For a variety of ethnic, cultural and economic reasons, the government in Bamako tends to focus on areas along and south of the Niger River more than the regions to the north, and east where most of the attacks take place.

You may ask why I report on Mali. You may ask if I care about Mali (I don’t). It’s like much of the rest of Africa and no matter how much blood or treasure that European (and US – AFRICOM) nations pump into the place, it won’t be fixed. It’s an exercise in folly.