The Man who WILL be King (Xi Jinping) 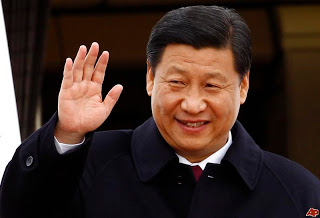 Facebook
Twitter
Pinterest
WhatsApp
President Hu Jintao  returned home to Beijing this weekend after a trip intended to repair relations with the United States. But the next time the White House marches out the honor guard and polishes the crystal for a Chinese leader, it is unlikely to be for Mr. Hu. (LINK to NY Times) Mr. Hu has already begun preparing for his departure from power, passing the baton to his presumed successor, a former provincial leader named Xi Jinping.

But an extended look at Mr. Xi’s past, taken from wide-ranging interviews and official Chinese publications, shows that his rise has been built on a combination of political acumen, family connections and ideological dexterity. Like the country he will run, he has nimbly maintained the primacy of the Communist Party, while making economic growth the party’s main business.
There is little in his record to suggest that he intends to steer China in a sharply different direction. But some political observers also say that he may have broader support within the party than Mr. Hu, which could give him more leeway to experiment with new ideas.
For much of his career, Mr. Xi, 57, presided over booming areas on the east coast that have been at the forefront of China’s experimentation with market authoritarianism, which has included attracting foreign investment, putting party cells in private companies and expanding government support for model entrepreneurs. This has given Mr. Xi the kind of political and economic experience that Mr. Hu lacked when he ascended to the top leadership position. 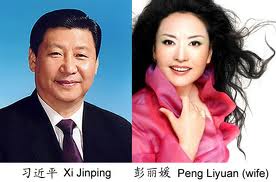 He is less of a dour mandarin than Mr. Hu is. The tall, stocky Mr. Xi is a so-called princeling — a descendant of a member of the revolutionary party elite — and his second marriage is to a celebrity folk singer and army major general, Peng Liyuan.
Unlike the robotic Mr. Hu, Mr. Xi has dropped memorable barbs against the West into a couple of recent speeches: he once warned critics of China’s rise to “stop pointing fingers at us.” But he has enrolled his daughter in Harvard, under a pseudonym.
On a visit to Mexico in 2009, when he was defending China’s record in the global financial crisis before an audience of overseas Chinese, he suggested that he was impatient with foreigners wary of China’s new power in the world.

China is China and the flexible political Mr. Xi is a shrewd operator with a solid understanding of all things Chinese. Some feel that he’ll be more tractable in dealing with the West than Hu has been. I feel that he will do what is in China’s best interests. Period.  You can’t fault him for doing that – but it may not play into Europe’s and North American interests the way pundits seem to keep playing their forecasts.