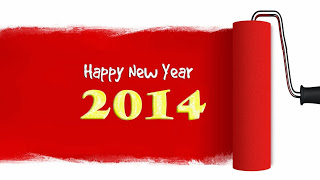 Facebook
Twitter
Pinterest
WhatsApp
It’s midnight on the Left Coast and I wish you all a very happy and prosperous 2014. Now it’s time to get down to business.


My message to “progressives”:

1. The purpose of the US Constitution is to limit the power of the federal government, not the American people. Free men do not need to ask permission to bear arms.

“Background checks”, which progressives think are necessary for buying a firearm are their way of keeping firearms out of the hands of criminals and lunatics. (looking toward Chicago, Detroit, Newark, Atlanta, and Oakland) I presume that criminals in the progressive crime ridden havens in America which are run by progressive Democrats are all disarmed because the criminals submit to background checks. I personally don’t give a rat’s ass about background checks because I’ll pass — but they are only a sop to the whining liberal elite and serve no real purpose.

2. Contrary to popular opinion, nobody owes you anything. So don’t be upset by the results you didn’t get from the work you didn’t do.
3. “Supporting the Troops” means:
Most politicians—be they Democrat or Republican—have their own best interests in mind rather than those of the hundreds of thousands of men and women who have sweated and bled for the nation.
4. Progressives have a campaign and legislation going to extend human rights to chimpanzees. Why not start with  the human unborn first and then you can stand on moral high ground with monkeys?
5. Stuff your multiculturalism. It began as a vague concept pushed by “elites” in Europe, thereby attracting a large portion of academia, ‘progressives’ and the political class in the United States who were the same folks who touted the miracle of ObamaCare. Nobody really knows what multiculturalism means except that “we” are supposed to embrace things like Sharia Law. 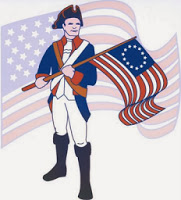 6. Actors and actresses, politicians, musicians, and athletes are not “heroes.” I’ve seen a lot of heroic conduct in my life, which includes parents who lay everything on the line so that their children will have something better than what they had. None of those hard working parents were Hollywood celebs. I’ve seen men take a bullet for a brother, unheralded, out of love. None of those were Hollywood elites either. Politicians can name big contributors, movie stars and their peers, who parasitically cling to status. None of them can name the last ten soldiers, sailors or marines who were killed in the worthless war in Afghanistan.
7. Unicorn tears won’t solve anything. Stupidity costs lives – and progressives are nothing if not stupid because their method of solving problems is to opt out and let others carry the load and take the hits for them. That’s why the key members of the progressive movement are professors and politicians.

8. There are functions that the government can and needs to do. Government should NOT do things such as manage healthcare. Leave health insurance (20% of the US Economy) to private enterprise and remove government restrictions that cause 80% of the headaches and heartache.

9. The mortgage disaster was caused by government regulations (intent on buying votes) that forced lenders to give loans to unqualified people. Keep the government OUT of the business of picking winners and losers. They tend to select losers. And the taxpayer covers the loss – directly or indirectly.

10. Keep an eye on Rep. Nancy Pelosi (D-CA). Whatever she advocates – do the opposite. Utopian socialism doesn’t work now. It has never worked. Pelosi is one of the wealthiest people in Congress. You don’t see her handing out her hundreds of millions to help the poor in her Congressional District do you? She’ll be more than thrilled to vote to compel you to unburden yourself of your hard earned money to feed the shiftless while she clings to every penny.