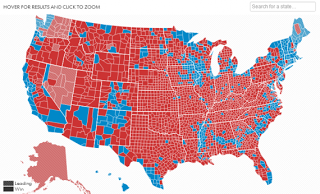 Facebook
Twitter
Pinterest
WhatsApp
I’ve been reading a bit of the venom that the mainstream media (our betters) have for Donald Trump for having the gaul to suggest that America can be great again. They extol the virtues of a Clinton/Obama presidency.
Will this be the final free election in the long and troubled history of our republic?
The fact that the election is too close to call, when the differences between the candidates and the worldviews they represent is so clear, is an unanswerable condemnation of this generation.
I marvel that we can be so devoid of virtue as a people. But irrespective we need all look to our own personal interests and our own safety when we are awash in a foul sea.
How did we become so foolish and so wicked? The scandals of the corrupt are not only shameless and unreported by the news, but that when rumor of the lawless evils done do reach the public square, they are met with either counteraccusations of the same sort, shrugs of indifference, or brutal rage directed, not against the wrongdoer, but against whistleblower. It is the age that we live in. And there is no indication that the decline will be reversed because it is the people themselves who are to blame. A waddling, diseased, corrupt Clinton is an icon for what is wrong with America. Her cheering section is the fetid inner cities that apparently decide elections.