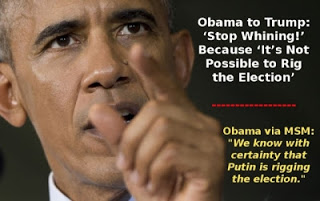 The outcome of the present election won’t have much impact on my life. Plans are not contingent on the drama or outcome of the contest. I can recall the Reagan years which set up the prosperity that was visited through the George H. Bush and Bill (Slick Willy) Clinton administrations. I’ve recently lived through eight miserable years of Obama.

A Hillary Clinton continuation of the Clinton dynasty will no doubt be cankered by corruption in much the same way that Slick Willy’s reign was. We’ve seen a beginning of that over the past six months and that will continue. 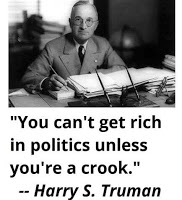 Taxes will go up as she has promised. Income will continue to decline. An open border will be dangerous and I’m nearly positive that she’ll get us into a war early in her regime. Wars tend to unite people and the opportunity (multiple “Reichstag fires later”) for regulations during time of war makes for ruling by fiat much easier.  The Supreme Court will be re-mapped and a lot of regular, hard working Americans will become criminals as a result – if they wish to retain their firearms.
Should Hillary lose, the Democrats have no bench. Since she started running for president in 2005, the Clintons made sure any Democrats wanting to raise money or their name identification knew they should get on the Hillary train and put their own plans on hold until the Clinton era ended. It might end Tuesday night.
Trump has the opportunity to make America great again should he win. Much depends on his demeanor and the people who surround him. Success requires that he be Reaganesque. Can he pull it off? Most of the stats about the country’s health are lies. Is he willing to drill down and show the nation that what we are doing is harmful? If he can’t, nobody can.
I don’t know whether or not the polls are accurate, however it would be a shame if we as a nation learned nothing from the eight disastrous years of Barack. Then again, if you’re a free-loader, or if you’re a Wall Street mogul, you may feel that the eight years of Obama were great years.

Pay to play politics (that’s how it works in the third world) does allow some people to prosper hugely. All you need do is get your buddies together, pool money and buy legislation or an executive order (which replaces law during the Obama years). 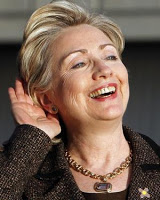 As to the FBI and its “investigation” — my sense is that the Clinton campaign met Director Comey’s price and the FBI is backing down at this eleventh hour. Corrupt/Not Corrupt? You be the judge. It would be nice to know what the price is so that foreign governments, mafia bosses and cartel chieftains know what they need to pony up to the FBI in the future.

Disgraced Congressman and failed mayoral candidate, Anthony Weiner, and his wife, Huma Weiner, (Hillary’s sex puppet) have remained in the political limelight longer than most Washington DC/NY.NY political couples. They managed the business of governing on behalf of you little people by putting their stamp on things. Naturally Hillary Clinton seems to be their locus. 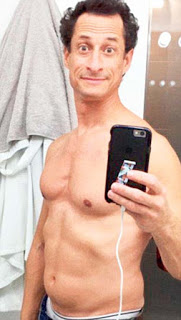 I doubt that Hillary would give Anthony Weiner a position in the Clinton Cabinet like Secretary of State, but she could appoint Weiner to be the Director of the FBI.


Comey could ride off into the sunset with his bag of money with that arrogant head held high. A Weiner-led FBI would put a spike in the investigation immediately because the entire agency would be forced to recuse itself.


I’m sure that Weiner would make an excellent director. Would he do a worse job than Comey? Likely not. Or they could make Weiner Director of the CIA and put Al Sharpton in as FBI Director. Both men are extremely progressive. You know that both of them would be in lock step with any scheme that Hillary came up with no matter how corrupt, no matter how outlandish.

A Weinie pack – Two Weiners for the price of one?
Iowa Rep. Steve King said Sunday that Congress has its own set of the 650,000 emails that Anthony Weiner housed on his laptop before the FBI seized it (more here) (h/t Third Coast for the heads-up). My sense is that the evidence made its way to Congress by way of the New York Police Department since FBI Director Comey cleared Clinton again on Sunday…what a rodeo.

And who knows what new revelations will hit the street on Monday. Both Anthony and Huma Weiner are supposedly cooperating and they could authenticate the e-mail that Congress has, even though a NYPD chain of custody is more than adequate. I’m sure that cooperation (if indeed they are) would end the moment that/if Hillary surged on election night.