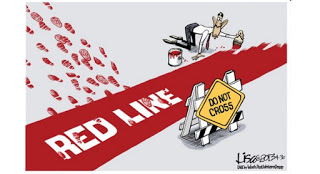 Facebook
Twitter
Pinterest
WhatsApp
It cost the taxpayers 500,000,000 to train fifty-four Syrians to fight ISIS. It ended up costing the US taxpayers $100 million per Syrian fighter.

(Fox News) The top U.S. military commander for the Middle East admitted Wednesday that only “four or five” U.S.-trained fighters remain on the battlefield in Syria, leading to accusations from lawmakers that the program is a “joke” and “total failure.”

I’d set up my own version of Blackwater and handle the effort at a discount of $90 million per fighter. I’d be thrilled to train up one Humvee full of Syrians for half a billion dollars. Naturally, the money would be paid in gold by the US taxpayers and deposited to my account in Switzerland. As a gesture of my thanks to the US taxpayers, I’d even promise to capture TWO US Humvees, left for the Iraqi Army and abandoned intact on the battlefield for ISIS.
Cheaper by the dozen. I’d train twelve Syrians for a billion dollars! That would represent a serious savings to the US taxpayer. I’d even kick back 10% to the Obama Legacy Library fund! Everybody wins. The US gets 12 fighters who are every bit as qualified as the “4 or 5” they have now, two recovered Humvees and that would bring our commitment to defeating ISIS to 16 (or 17) – and two rigs for them to drive around in.
Somebody, call Barack!