Life in the Arizona Highlands 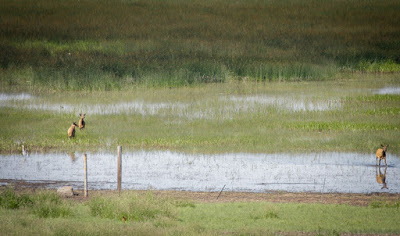 Facebook
Twitter
Pinterest
WhatsApp
Yearling elk are like puppies, kittens and grandchildren. They’re just fun to watch. Up here at the White Wolf Mine on the Mogollon Rim, there are fewer city things to do, so sometimes, you take a cooler with lunch, a camera, a handgun (because who knows?) and plant yourself to watch.
Sometimes you see things that are interesting and sometimes you don’t. But just being ‘there’ is worth the effort.
Mormon Lake (big volcano caldera with water in it) attracts mama elk and their yearlings. There is food, it’s cool on warm summer days, and they can see predators a long way off.

There is a blue Herron lower left and there are three elk. You can see the picture better if you click on it and enlarge it. 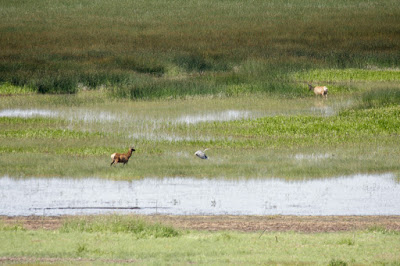 A yearling elk has taken an interest in the blue Herron, who is fishing and minding his own business.
And he’s “sneaking up on the Herron”, hoping that the bird does not see him. 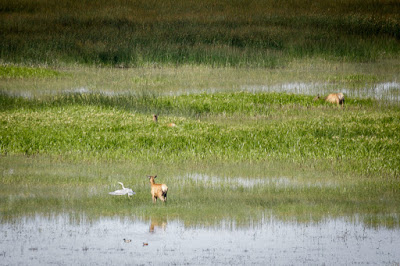 Eventually the Herron’s fishing is ruined, the elk is getting too close, so it takes flight to fish again at another spot.
The Mail: Hong Kong

LSP – Just caught up on the HK thing. Does seem to be escalating.

I’ve been on the phone with friends in China and there is talk of forming a think tank to advise the Chinese Government (both PRC and HK), in China. The Chinese government is firmly of the opinion that the US is behind the trouble, except that it’s not. There are some NGO’s and a few neocons in DC who would like to be behind it, but they aren’t. The PRC has caused this mess all on their own and if they aren’t careful, they’ll lose Hong Kong.

Jim – I’ve been wondering how long it would take. The Chinese don’t seem to be the type to take this forever.

From what I’ve been told today, the Beijing Government has ruled out sending the People’s Liberation Army in to blow the place up. That’s a good sign and a move in the right direction. The PRC government doesn’t really know whether to shit or go blind. Crushing HK like a bug would make them an international pariah. Letting HK go, sets a bad example to the Chinese people and especially the Nationalist Government on Taiwan. I have been chatting as stated above and gave examples of how it could go wrong. I also offered advise as a sort of teaser. The think tank project would far transcend HK. China devalued its currency (spit in America’s eye) but we can keep raising tariffs and they can only devalue so far. It’s not a good long term strategy for China.

Kle – I’m thinking it would be a phone call from the PRC leadership, saying ‘make the request or have a tragic accident so the next guy can.”

The protests are getting more violent and more focused, and the PRC oligarchs don’t have many good options.

WSF – How important is Hong Kong to the overall Chinese economy? Some speculation by pundits their economy is fragile and could rapidly collapse. Cracking down on protesters would hurt the Hong Kong economy causing a ripple effect China wide.

The point-counterpoint between China and the US is playing havoc with the volatile US stock market, but I don’t think that President Trump is worried. The US still holds the cards. Hong Kong is a thriving economic powerhouse, but Big China can do without it economically. The loss of respect and dignity that would result from either destroying Hong Kong or having it separate would be a deep wound.

Anon – That is part of the problem. Under no circumstances can the Central Committee look weak or vulnerable. The protests may be attacked sooner and suppressed more ruthlessly precisely because other aspects of the system are unstable. This is something the leadership knows how to do and has confidence they can “Git’er Done”.

I understand what you wrote, and my sense would be to agree with you, but at present, the mandarins on the mainland are reluctant to do that.

Old NFO – And the crux is, they take down Hong Kong, they face a significant loss of income and trade… Interesting… But I think the PRC is going to step in, and that will get ugly.

The development of the Belt Road Initiative hangs in the balance as do many of their overtures overseas. I don’t think that they will overreact. But I could be wrong.

DRJIM – If Hong Kong had a “2nd Amendment” they’d be shooting by now.

April 19, 1775 – the shot heard round the world. A spark at this point will send Hong Kong into a death spiral for the Chinese, and it would never come back. There are moves that the PRC could make. They wouldn’t like to do it, but their options are limited. 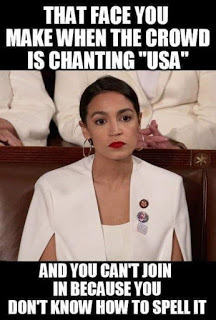