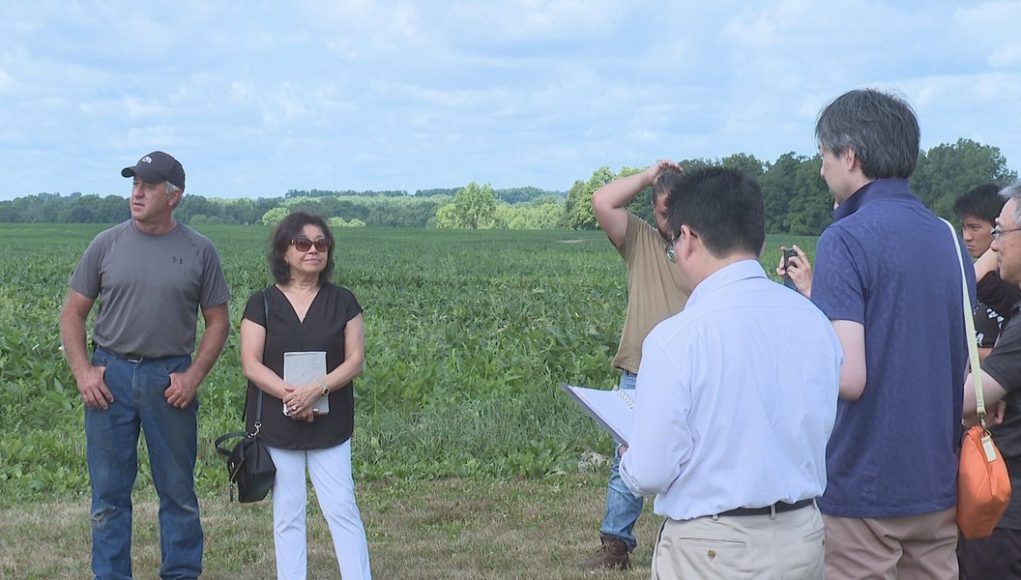 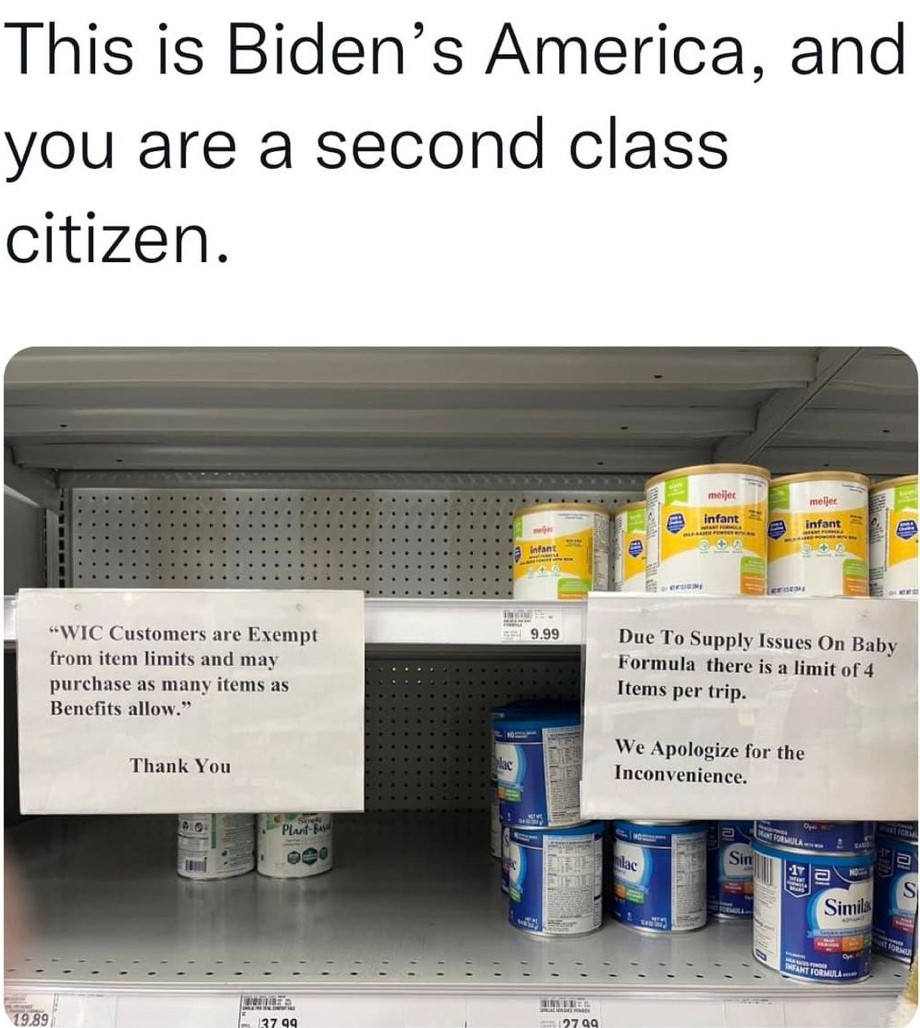 If you want baby formula, you need to go on government welfare. The federal government has a monopoly on baby formula due to the socialist spending programs that brought you WIC, etc. The US government shouldn’t manage baby formula nationally. They can’t run that any better than they were able to run the Mustang Ranch whorehouse that they seized in Nevada. 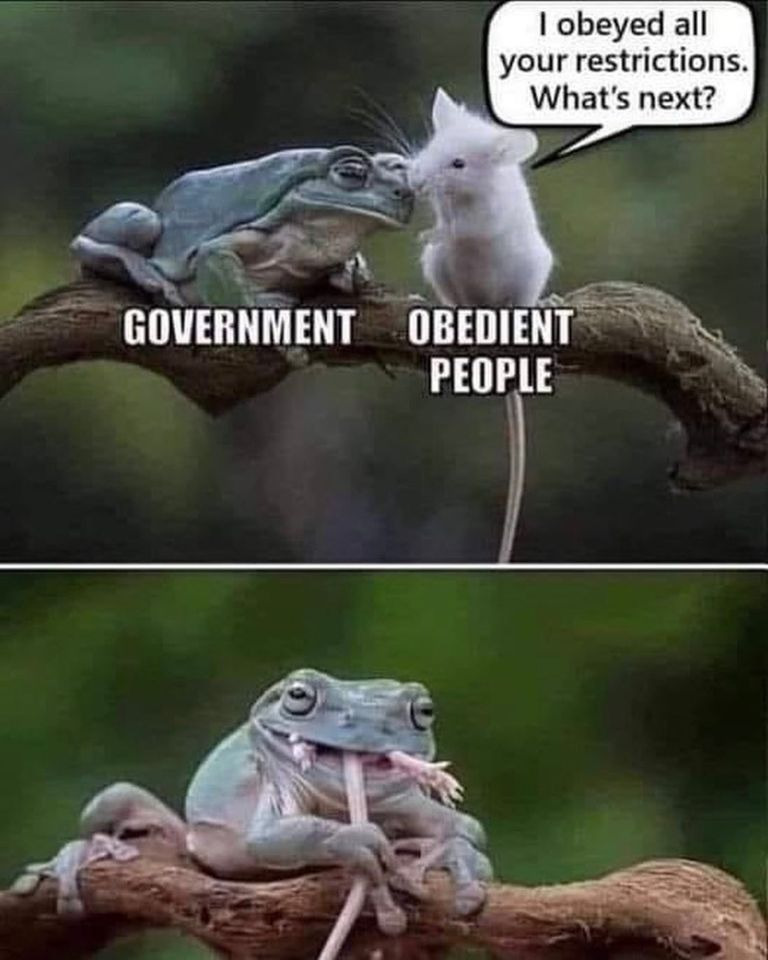 The Russian Conundrum (an opinion)

Russia’s aging population makes a general mobilization for war with Ukraine (and possibly NATO) a challenge that they have not faced head-on yet. In the current levy, Russa drafts approximately 400,000 young men between the ages of eighteen and twenty-seven are drafted each year to serve in the regular army, the Ministry of Internal Affairs forces (the militia or police forces), border troops, and other branches of Russia’s vast armed forces.

Russian law gives detailed guidelines for the various stages of the conscription process. These guidelines, found in the 1998 law on military service and a 1999 implementing regulation, are applicable without exception to all young men of conscription age.

In the year he turns seventeen, a male citizen is entered into the military registry (in Russian: voinskii uchet). At this time, a preliminary determination is made as to whether he is fit for military service or has grounds for a non-medical exemption.

Conscription proceedings ordinarily consist of a medical exam by physicians to determine a candidate’s fitness for military service, and a determination by the draft board (in Russian, prizyvnaia komissia) as to whether he should be exempted from military service, given a deferral, placed in reserve, drafted or sent to perform alternative service. It also assigns the candidate to a specific branch of service.

Due in part to conscription’s unpopularity and in part to the deteriorating health of Russia’s youth, recruitment authorities in many cities throughout Russia cannot meet draft quotas, and many of those drafted have been described as in poor health. Much of this is due to a combination of IV drug addiction, alcoholism, severe psychological conditions, fetal alcohol birth issues, and malnutrition.

About 10% of those young men who are called up for service and are otherwise fit use illegitimate means to avoid being conscripted by paying bribes to members of draft boards, doctors, or other officials.

Muscovites have special advantages. Official statistics for the 2001 fall conscription period show that between 50 and 60 percent of all young men processed by Moscow draft boards had an education-related right to deferral, 30 percent were declared unfit for military service, and 2 percent received a deferral based on their family situation.  Over the past 20 years, things are said to be even more extreme.

Enrolment in the military means that young men are not available for jobs in the private sector. Foreign trade accounts for about 28 percent of Russian GDP and about half of it has been disrupted by the 2022 sanctions. China is Russia’s largest trading partner and, together with Belarus and a few other nations, continues to trade with Russia. The other half is currently halted by the sanctions with major problems for the Russian economy. All this degrades future Russian economic prospects. That has a negative impact on Russian allies. These foreign supporters now see their powerful patron as less powerful than believed and now feel desperate or simply afraid. And then there is China, which does not have allies, only trading partners and tribute states. Russia is now moving from a trading partner to the lower tribute state status.

China has territorial claims on Russia on or near the Pacific coast. Japan has a dispute with Russia over the ownership of some Pacific Coast islands that Russia took at the end of World War II. Until recently Japan was rather timid in its requests to Russia about these islands. Once it became clear how poorly Russia was doing in Ukraine, Japan has become more open and aggressive about the island dispute and Russian efforts to keep Japanese fishing boats out of areas they claim are ineffective.

China is now the largest trading nation in the world, followed by the U.S. and Germany. These three nations are the only ones with trade exceeding a trillion dollars. Russia was 19th before the sanctions and with the sanctions will be fortunate to remain in the top 30 nations. A general mobilization for war, taking young men out of advantageous economic jobs, and dropping them into uniform will make remaining in the Top 30 a distant memory. Pulling young men off the farm to serve in a war against NATO means that agricultural production will take a one-two punch, the first punch from the loss of products from Ukraine. Even if there is no kinetic conflict, if the mobilization continues long enough, famine and deaths by starvation during the harsh Russian winters are not out of the question.

The Situation with American Farms (another opinion)

Farmers are one of the pillars of any country’s economy and under President Joe Biden’s ancient, liver-spotted thumb, farmers are getting pinched. Hard. Part of this, based on snide remarks from within the White House is because most family farmers are white and heterosexual.

Despite intense efforts to encourage them, inner city people of color. and trannies show little interest to move to the countryside to become farmers and work hard for 18 hours a day, every day to make the place break even.

In a Senate Appropriations subcommittee hearing on Tuesday, Agriculture Secretary Tom Vilsak expressed his concern for farmers.“There are 61,670 farm families in America today that are on the brink. 61,670 farm families that are either delinquent in their loans to [the U.S. Department of Agriculture] or bankrupt or are pending foreclosure. This is a serious issue and I’m pretty confident that every single member of this committee probably has a number of those 61,000 farmers living in their states,” Vilsak said, according to CNS News.

According to an article in Time magazine, the national farm debt was $416 billion in 2019. More than 50 percent of American farmers had lost money every year since 2013.

Farmer suicide may not be anything new. In fact, according to a 2020 report from the Centers for Disease Control and Prevention, relative to other industries, suicide rates are significantly higher in five major industry groups. Agriculture is one of those five.

Keeping a farm profitable is a merciless endeavor. In 2019, Wisconsin lost 700 farms, an average of about two per day.

Economic cycles, the rise of fuel, fertilizer and equipment prices, and dependence on factors such as seasons and climate, among other things, all contribute to the hardship. But nobody could have prepared for Biden.

Like a true tool of the left, inflation and price increases are inclusive — nobody gets left behind, and everybody gets screwed. But judging by the rate at which farmers commit suicide, perhaps not everyone gets screwed equally.

When farmers lose their job, they are really losing a lot more than that. They have to give up their land and homes, which have often been in their families for generations.