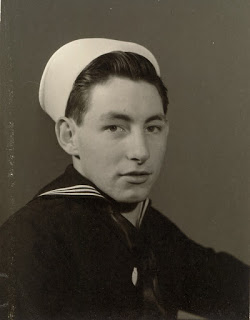 The hoard will soon descend for yet another feast at the LL mansion, the way that they do at every holiday. Because it’s Father’s Day, I’ll get my back slapped and I’ll get hugged and that’s always a good thing. The grandkids will head for the swimming pool because it’s a warm day and they’ll splash around and have fun.
My father, pictured right, was younger in this photo, taken as he headed off to kill Japanese in the Second World War, than my daughters are today. The perspective is strange. He died in an automobile accident when he was just a couple years older than I am now.
We are a navy family. I served as an officer in the US Navy largely because my father and other ancestors were navy men. It’s not the only reason, but you can’t buck tradition.
However today it’s not my father who is at the center of my thoughts, it is my lineage and all of those fathers and mothers who were successful enough to live long enough to have children of their own. If it was not for ALL of them, I wouldn’t be here blogging. 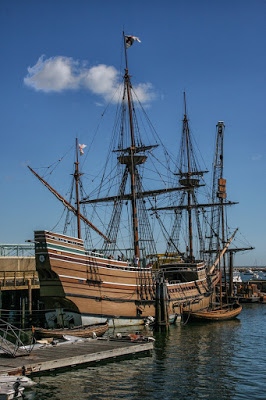 There is a tendency among many people not to have children these days (or worse, they abandon them often before they are born or slaughter them in utero). It’s a selfish thing if they can and choose not to simply because of the vast sacrifices by countless generations that landed them where they are.
The picture (left) if of the Mayflower II in Boston Harbor. I had distant relatives who arrived on the Mayflower. I know this because I have a history of my family, a legacy handed down with dates and times and places.
It’s true that we are greater than the sum of our parts, but without those parts, we would not be. We can only honor them by being the sort of people that they would EXPECT us to be.
Happy Father’s Day to those fathers who made me, my children and my grandchildren, possible.