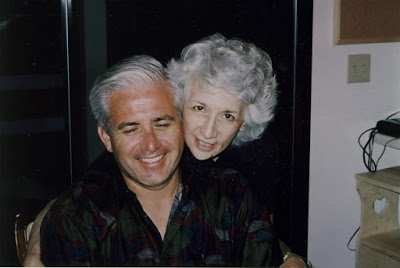 Facebook
Twitter
Pinterest
WhatsApp
I mentioned once before that my 85 year old mother flew from Redding to Southern California to spend some time with me. On her way back home to Redding, the airport police and ultimately DEA detained her as a suspected drug trafficker. She does take a lot of vitamins. They thought that the vitamins were hard drugs. They didn’t let her call me, they detained her for four hours. Then I had to pick her up at the airport and bring her back home because she missed the last flight.
I was distressed at the lack of wisdom that went into that investigation I called the DEA SAC in the morning and screamed at him. A trained chimp with a PDR (physician’s desk reference) could have determined that no drugs were being transported in about ten minutes.  I believe in profiling. It works. My mother didn’t fit any profile and they screwed with her because they could.

Donald Trump suggested Sunday that the U.S. start “profiling” people inside the country to thwart terrorism, calling it a hateful but “common sense” tactic, in the aftermath of recent terror attacks.

“I think profiling is something we’re going to have to start thinking about as a country,” Trump said on CBS’ “Face the Nation.” “I hate the concept of profiling, but we have to start using common sense.”

The presumptive GOP presidential nominee also argued that other countries, including Israel, profile “and they do it successfully.”

The Israelis profile very heavily. So do the Chinese. Chinese national carriers have their own version of sky marshals on every flight. Try to get a flight to the PRC if your name is Mohammed something and you’ll see what I mean.

Barack Obama took office as the 44th President of the United States on Tuesday, January 20, 2009. This is a full and compete list of attacks on Islamics, Pakistanis, Arabs, or anyone likely to be mistaken for a Muslim by American citizens either on American soil or abroad, in the name of America:

That is, total Muslims killed by Americans for their religion: None. Total wounded: None. Total number of American conspiracies caught before perpetrating such an act by law enforcement: None.
The total of innocent Americans killed on American soul in the name of Islam is above 115 just during the seven years and a half of Mr. Obama’s presidency. The total number of victims abroad, American or otherwise, is immense, perhaps beyond calculation.