Last Man to the Party 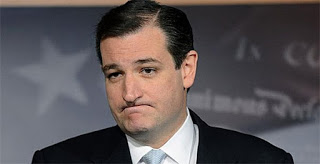 I haven’t commented much on the RNC because it spoke for itself. The blogs have been discussing the Cruz speech, the Cruz decision to decline to endorse Donald Trump and getting booed for his effort.  However, I thought that I’d throw my cracker into the soup.
Ted hopes to be president in 2020 but his move tonight didn’t take him in that direction with anyone but the bitter ‘never Trump’ people. And there aren’t that many of them. Cruz wasn’t bringing unification to the Party and he wasn’t a good sport. Nobody in Washington DC likes Ted. Trump beat him in his stronghold states in the South and his religious rhetoric doesn’t play very strong at all. He would have been better off pulling a Kasich and staying home like a spoiled child.
Ted helped Trump tonight, because the crowd defended Trump. As Cruz was concluding his speech the crowd broke out in cheers, not for the Senator, but for the nominee, Donald Trump as he entered the arena to listen to his son’s speech and timed to show Cruz who the Party chose. (win, lose or draw)