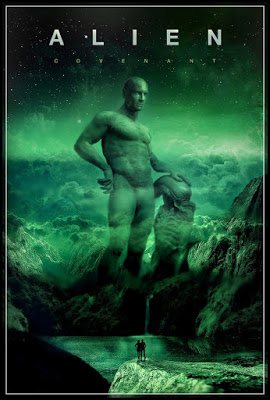 Facebook
Twitter
Pinterest
WhatsApp
I realize that my personal film viewing choices may be different than yours. That’s how it goes. However for those of you who enjoy science fiction and enjoyed Ridley Scott’s “Promethius”, “Alien: Covenant”  (the sequel or “Promethius 2”) wrapped its principal photography and is scheduled to be released in August 4, 2017.
IN SPACE,
NOBODY CAN HEAR YOU SCREAM
The Plot: Bound for a remote planet on the far side of the galaxy, the crew of the colony ship Covenant discovers what they think is an uncharted paradise but which is actually a dark, dangerous world — whose sole inhabitant is the “synthetic” David (Michael Fassbender), survivor of the doomed Prometheus expedition. 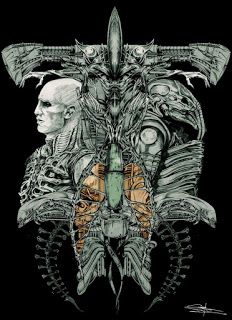 If I can be said to be a movie fan, I usually don’t miss the Alien, Predator or Star Trek franchise blockbusters because they are usually well done and they are entertaining. Since embarking on the second Alien franchise (beginning with Promethius), Ridley Scott has done his usual outstanding job creating suspense, a bit of horror and an overall good space/science fiction drama.
The nice thing about much of Scott’s work is that it’s original. It’s not the fifteenth remake of Spiderman. I realize that these films tend to draw in a ‘cult following’ and I’m not one of those folks. I don’t attend Comicon or dress up to go see a film. But I do like to be entertained.
And not to be outdone, there is a sequel to Predators in the works, but that can wait for another blog post.