I have been flying from place to place lately. On one flight I spoke with a flight attendant who hoped fervently that the government would bail the industry out because they are all going broke. He explained to me that since every other major industry was receiving an influx of funds from the US Treasury, he felt that it was only right that the airline industry got its share of the pie. My response went something like this, “so you think that we should borrow more money to subsidize fares?” He hadn’t really thought it through. The Obama concept of hope and change meant redistribution of wealth based first on breaking the back of the American economy so that the voters would accept any measure, no matter how absurd, as a solution.

These measures are brought to a vote at night, on weekends, with huge pressure applied to individual legislators where greed and power combine to ‘get out the vote’. Trillions of dollars are pledged to government programs following the path of previous failed programs. The voting public is assured that they are “entitled” to the promise of socialism. Obama’s legion of czars over nearly every function of government insures that the agenda is pursued aggressively. 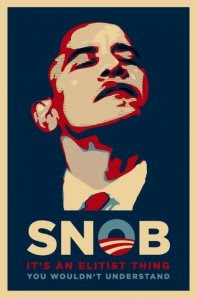 And we sink just a little deeper into the morass every single day as Obama’s “New face of America” – that smiling plastic shell with the gargoyle’s leer behind it – becomes “our face”. The Commander-in-Chief of the US Military adds his speech (delivered from the teleprompter) and adds his voice to the shrill American and foreign voices that hate the American military.
Barack Hussein Obama wasn’t at the site of the Berlin Wall on November 9th to Celebrate the Fall of the Wall because he does not see things the way we do. He cheers on the Communist Chinese because the Rape of Tibet has no meaning to him. He tearfully apologizes to those who would revel in our destruction and fervently quotes from the Quran. He cautions the media not to “rush to judgment” when a US (Muslim) Army Officer slaughters his own without provocation. He sells the nation into financial bondage at a rate never seen before in the history of the world for the sake of funding “bail outs” as he sits as the de facto CEO of General Motors.
Is there anything nice one can say about Barack Hussein Obama?