In my work in Mexico, I’ve recently become aware of how deeply the Revolutionary Armed Forces of Colombia (Fuerzas Armadas Revolucionarias de Colombia-Ejército del Pueblo) is  in bed with many of the Mexican Cartels. I don’t know how involved they are with Los Zetas, but they seem to be joined at the hip with the Sinaloa Federation and The Caballeros Templario (formerly La Familia Michoacan, for those of you keeping track). 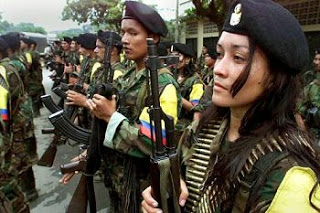 FARC is a Marxis-Lenninist guerrilla army, that was formed from the Colombian Communist Party. It is based in Colombia and it opposes US involvement in Colombia. FARC fields about 10,000 soldiers and roughly the same number of non-combatants who provide logistical support, intelligence and work as plainclothes militia in the barrios.
They (among others) are part of the coterie of actors who supply cocaine to the Mexican Narcotics Cartels. Some downplay FARC’s involvement in the cocaine trade, but those doubters would be wrong. I’m not contending that the traditional Colombian Drug Cartels (not to be confused with their Mexican cousins) are out of the picture. I merely suggest to you that FARC and possibly Ejercito de Liberacion Nacional (ELN), the other and smaller communist revolutionary army in Colombia, have more to do with supplying cocaine than I (and anyone I know) thought that they did. 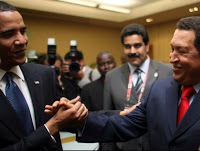 However, Presidente Hugo Chavez (Venezuela) supports FARC, and we all know that Hugo and President Barack Hussein Obama are friends. So I don’t know where it puts the USA in all of this intrigue. I don’t have any information that the US Government is facilitating smuggling firearms to FARC in the way that they did to the Sinaloa Federation through Operation Fast and Furious (with ATF as the front man).
In Operation Castaway (LINK HERE), the US Government sold firearms to criminal gangs in Honduras through the ATF Tampa Field Division according to the Fox News Report. But they didn’t sell to Colombians as far as anyone knows. Right? 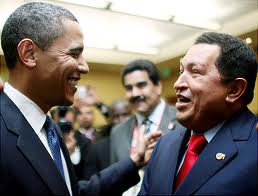 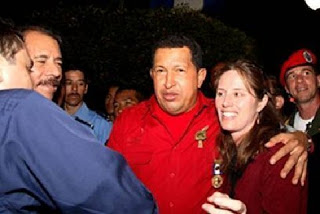 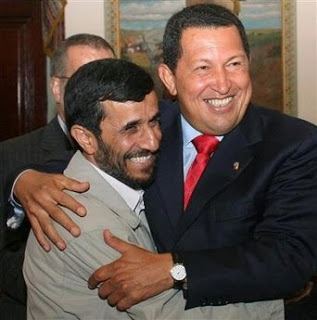 Presidente-for-Life Chavez will hug anyone, but it seems almost sexual
when he’s with Iranian strong man President Mahmoud Ahmadinejad.
I don’t know for sure how close Chavez is to FARC. But HE provides them with weapons and ammo. (LINK TO CNN). It makes you wonder if Hugo buys his arms and ammo in the US these days, doesn’t it?