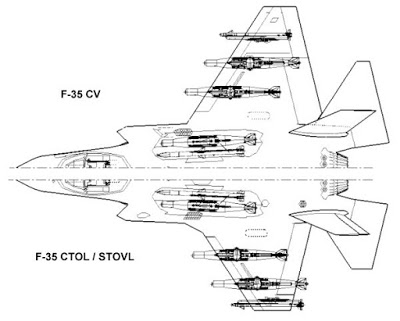 Facebook
Twitter
Pinterest
WhatsApp
Disclaimer: I am not a fan of the F-35 Lightning II. I could list my gripes with the whole program (late, over budget and not the best choice) in detail, but that’s not the purpose of this blog post.

Japan openly acquired US made (Japanese assembled) F-35A stealth fighter aircraft. Their acquisition of F-35B (short/vertical take off and landing) stealth fighter aircraft for their “Destroyer Helicopter Carriers” is another matter. I’ve heard that it’s ‘classified’ but it’s one of those open secrets that is only restricted to people in government.

The F-35B short takeoff/vertical landing (STOVL) variant is the world’s first supersonic STOVL stealth aircraft. It’s seen in the video below taking off from and landing on the USS America, a ‘helicopter carrier’.

The addition of a squadron of F-35B supersonic stealth fighters to their four Destroyer Helicopter Carriers is a game changer.
In the video below, it shows F-35B aircraft depicted on a graphic of the JS Izumo, on the deck as part of the ship’s compliment of aircraft. As I suggest above, it’s not a well kept secret.
The F-35 Joint Strike Fighter has a number of weapons/configuration options: 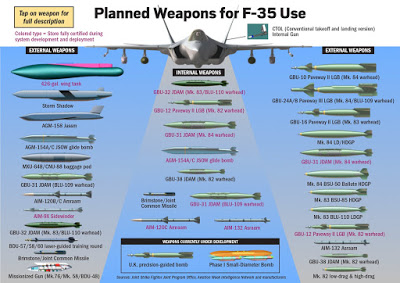 One thing that the aircraft (and the US inventory) currently lacks is an effective stand-off anti-shipping missile that can be carried for use against enemy surface craft. The Harpoon and Penguin have outlived their normal lifespans. The smart bombs have the capacity, and stealth may get you close enough to use them – maybe?
But wait!
The Norwegian’s new stand-off anti-shipping missile is being designed with the F-35 in mind. There is also the AGM-158C LRASM (Long Range [stealth] Anti-Ship Missile) currently undergoing testing. That too was designed with the F-35 and the F-18 in mind. Will the addition of those systems give the Chinese pause?  Likely not. The Chinese are full of hubris these days.