Is it Time for a Change? 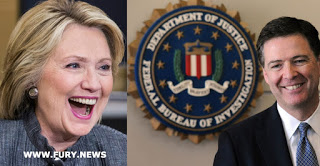 Facebook
Twitter
Pinterest
WhatsApp
Favoritism Before Integrity?
There are always malcontents – and the FBI is no different than any other organization. Today I hear more discontent from within DOJ and the FBI in particular. The organization was always partisan to a degree, but there’s a lot of Obama/Clinton rot in the place now. Favors are now purchased for cash by people with cash to spend inside of the Washington DC Beltway. The FBI’s Office of Professional Responsibility does not seem to be capable (or willing?) to competently crush this. There has been a shifting cultural change within the FBI. Former Director Comey is emblematic of this change – but it’s also a generational cultural paradigm shift.

I’m not suggesting that the FBI be disbanded. They still need to maintain their counterintelligence role and need to hunt down bank robbers. We need untouchables now more than ever, and they aren’t it.

Is it time for a “clean” law enforcement agency to investigate leaking and misconduct – an Inspector General’s Office to operate at a higher level than IG’s usually operate at? The Federal Bureau of Investigation would fight that with every fiber of their being, but can we trust the FBI to be honest? The most recent situations when the FBI became ‘political’ and even Acting Director McCabe’s wife’s receipt of what many feel to be a $600K bribe while he ran the Clinton investigation pulls into question whether the fish has rotted from the head down to the extent that they’re incapable of cleaning out leakers and sneakers who are trying to undermine the government. (see the aftermath of the UK/Manchester bombing)
President Trump will appoint a new FBI director, but the organization is larger than the person, no matter who it is – and cultural change is resisted with a vengeance.