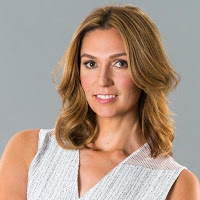 “I think we should move on,” Cohen said when anchor Kate Bolduan asked her about the spousal sniping. “Where we should move to is the National Enquirer story that has reported that Ted Cruz has allegedly had affairs with at least five mistresses, including—you’ve been named, Amanda.”

According to the Enquirer, political operatives are digging into rumors that Ted Cruz had extramarital affairs with five different women. The story does not name specific women, but gives a vague description of each. Among these mistresses, the Enquirer’s anonymous source says, is a “hot babe who once worked” on a Cruz campaign.
The Enquirer also published five photos of women with their faces pixelated. The woman on the far right of the lineup appears to be Carpenter.
This blog does not usually engage in salacious gossip, but the extent of the reporting, the CNN interview, and the detail presented (along with an upcoming confirmation from Brietbart) puts it beyond a mere rumor.
The ONLY reason this is news and Barack’s homosexual affairs and Hillary’s lesbian dalliance with Yoko Ono and Huma Abedin is not, is because Ted Cruz is running as the ‘Biblical candidate’. Commentator, Glenn Beck went so far as to say that the Cruz campaign for the presidency is the result of prophecy. Thus his fidelity to his wife, Heidi, becomes an issue.

If he’s had five illicit affairs within the past year, it is BLACKMAIL MATERIAL for any other government to use on a potential US president and as such, it’s fair game.
There is no way to know whether all of this oppo research is spilling out because (Lovin’ Ted) Ted Cruz attacked Mrs. Trump, but people who live in glass houses shouldn’t throw stones.

Carpenter forcefully denied the claim, with understandable dismay at being accused of an affair on live national television. “What’s out there is tabloid trash. If someone wants to comment on it, they can talk to my lawyer. ” she said.

Now that Carpenter has lawyered-up (a prudent move), we will see where the dust settles.

Breaking on this topic, below: TrusTED busTED because he was perverTED and lusTED…


New story that may be related: from the Washington Post. The rumor is that the payment is hush money that the Cruz paid to Sarah Isgur Flores, a Fiorina staffer, who was also one of Cruz’ alleged girlfriends.