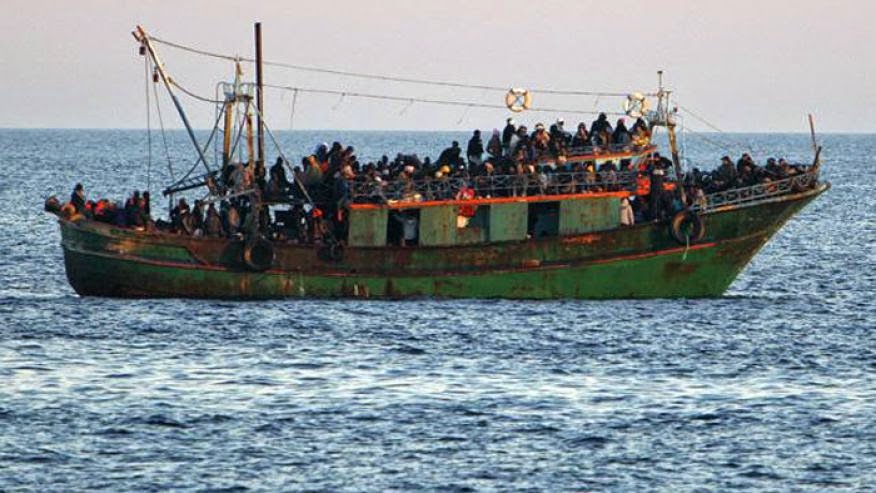 Facebook
Twitter
Pinterest
WhatsApp
Various and sundry Muslim nations are killing their own people in addition to beheading Christians and queers and Christian queers. As a result, their people are setting sail with an eye toward settling in Great Britain, in Big Europe or in the US.  I find it strange that they want to flee to Christian nations.

The Australians have said, “Not now, not ever, never.” Those among you who are progressive will likely foam at the mouth at the Australian refusal to import terrorists into their country. I agree, it’s not very inclusive of them.

(Fox News) The humanitarian disaster unfolding on the Mediterranean is likely already providing a “shield” for Islamist terrorists to infiltrate waves of migrants attempting the perilous crossing from North Africa to Europe, terrorism experts and other strategic observers are warning. And they say a UN plan to resettle 1 million refugees in Western nations would turn the situation into a full-blown security crisis.

The exodus now unfolding, as well as the UN call to take in refugees from war-torn Middle Eastern and African nations over the next five years, is providing a “shield for the passage of jihadists to Europe,” said one analyst. Once absorbed into the societies of Europe and other rich countries such as the United States, ISIS operatives would be set to eventually gain all the freedoms of other citizens of those countries – including the freedom to travel, often without having to go through the extra scrutiny involved in obtaining a passport visa.

There are no richer nations than Saudi Arabia and Iran. They are awash in oil revenue. I suggest that the Muslim refugees go to these Islamic havens. Wherever they go, they should NOT be allowed into the US. Let the Sunni go to Saudi Arabia and the Shites go to Iran.

If the Iranians can afford to build bombs, they can certainly afford to feed a few million more of their brethren in the spirit of Muslim love and the Five Pillars of Islam.