Is the US Govt ‘smuggling’ military grade weapons to Mexico? 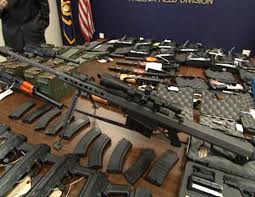 Facebook
Twitter
Pinterest
WhatsApp
Did you ever wonder where the drug cartels obtained ALL of those military grade weapons?
We know that Operation Gunrunner and it’s child Operation Fast and Furious were clandestine operations in which over 2,500 civilian grade firearms were smuggled to narcotics cartels in Mexico. We know that was responsible for deaths and that the Obama Administration has been unsuccessfully stonewalling the Congressional investigation. 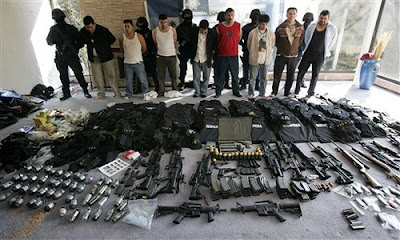 But as Alice in Wonderland asked, “how deep does the rabbit hole go?”
The El Paso Times published an article suggesting that in addition to Gunrunner/Fast and Furious, that we’ve been supplying the Los Zetas Cartel with military grade weapons, unavailable to civilian gun dealers. Read about it HERE. (excerpted below)

The brutally violent Zetas drug organization may be smuggling military-grade weapons through El Paso and Columbus, N.M., to feed its ongoing battles against other cartels and to possibly disrupt the 2012 elections in Mexico.

Phil Jordan, a former director of the DEA’s El Paso Intelligence Center and a former CIA operative, said the Zetas have shipped large amounts of weapons through the El Paso area.

“They are purchasing weapons in the Dallas area and are flying them to El Paso, and then they are taking them across the border into Juárez,” said Jordan. Jordan said the Zetas were flying weapons caches out of the Alliance Airport in Fort Worth, and after they arrive in the El Paso vicinity, the Zetas smuggled them into Juárez.

“What’s ironic is that the DEA also uses the Alliance Airport for some of its operations,” Jordan said. “The Zetas were working out of a predominantly Hispanic neighborhood in the Dallas area to smuggle the weapons to the border.”

The DEA has its Aviation Operations Center at Alliance.

DEA Special Agent Diana Apodaca, spokeswoman for El Paso’s DEA office, said the agency did not have any information about the Zetas allegedly operating in this border region. No one from the Border Patrol or the Bureau of Alcohol, Tobacco, Firearms and Explosives returned calls Tuesday for comment.

“The military task force became concerned that its information about arms smuggling was being compromised,” Plumlee said. “From the intel, it appears that a company was set up in Mexico to purchase weapons through the U.S. Direct Commercial Sales program, and that the company may have had a direct link to the Zetas.”

Under the Direct Commercial Sales program, the U.S. State Department regulates and licenses businesses to sell weapons and defense services and training for export. Last year, according to U.S. statistics, the program was used to provide Mexico $416.5 million worth of weapons and equipment, including military-grade weaponry.

The program is different from the U.S. Foreign Military Sales program, which operates on a government-to-government basis. 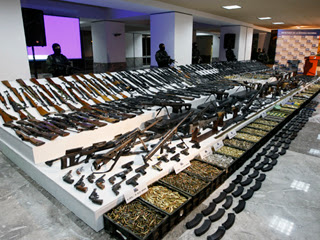 Plumlee said military-grade weapons were found in a Juárez warehouse two years ago, and some of them were moved later to a ranch elsewhere in Juárez. Arms stash houses have also been reported in places across the border from Columbus and Antelope Wells, N.M.

Is this just Los Zetas being clever or is it a US Government sponsored operation? The question begs an answer and unfortunately there aren’t any readily available. What is the Obama Administration up to? The question isn’t merely rhetorical – because these violations of PUBLIC TRUST are very significant, if true. As bad as Operation Gunrunner was, this sounds even worse.