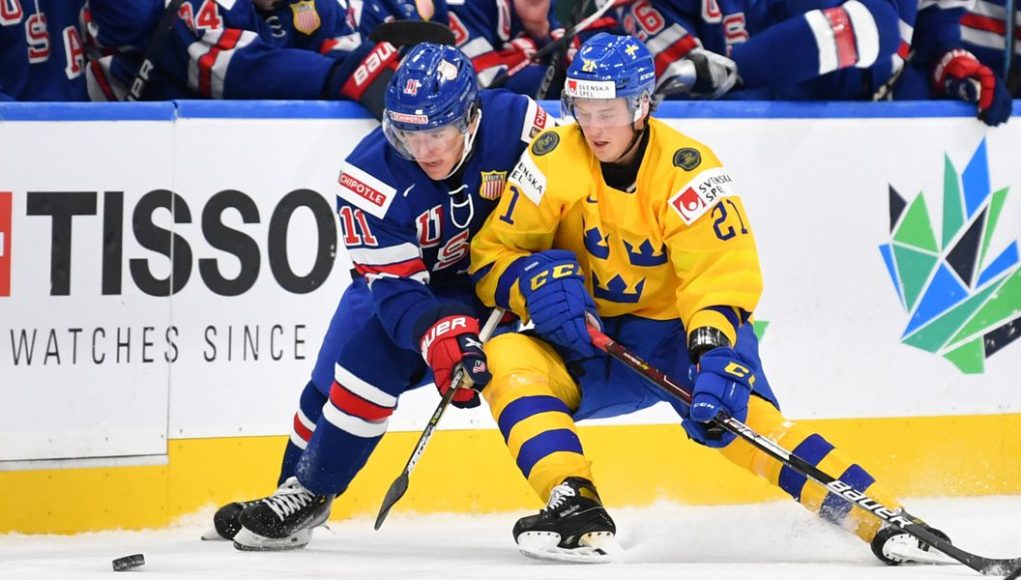 Did you think that Ice Hockey was “safe” for white men?

I wonder if it would be cool if the white men on the team just self-identified as Brittney Griner?

Listen to your Leader 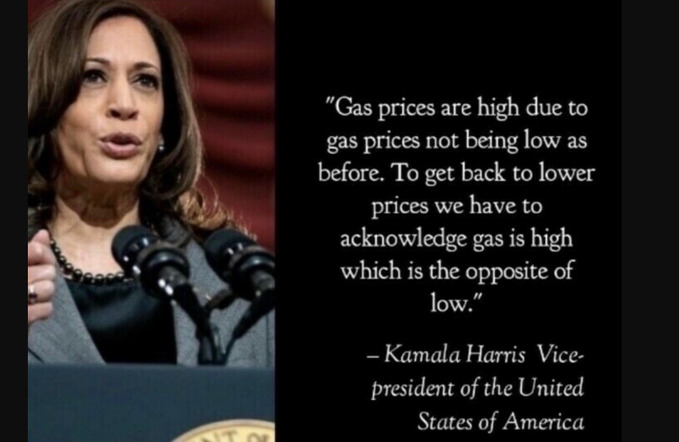 One heartbeat from being commander-in-chief with a finger on the nuclear button.

(Brietbart) Arizona Governor Doug Ducey (R) is weighing options before responding to an order from the Biden regime to remove shipping containers from the Mexican border. The governor ordered the barriers along gaps in existing border walls earlier this year.

The U.S. Department of the Interior wrote a letter to Governor Ducey, demanding the removal of double-stacked shipping containers placed on federal land near Yuma. The letter also demanded no new containers be placed, the Associate Press reported.

“Inaction by President Joe Biden has led to the worst border crisis in over 20 years,” Governor Ducey said in a signing letter in June. ” We’ve taken numerous steps to help resolve the chaos, including deploying the Arizona National Guard, signing legislation to address human smuggling, and transporting migrants on a voluntary basis to Washington, D.C.”

This comes from the lidblog.com

The University of Southern California is holding its first sex week this week. The Naval Postgraduate School never even mentioned this sort of a week, but when I attended, it was primarily people who identified as male – a sausage fest was not in the cards.

Some will be upset that they went to the wrong college at the wrong time. Beginning September 17th, 2022, the University of Southern California (USC) held its first sex week. Sounds like a great use of tuition money. But at the very least, we now can understand why they call their sports teams the Trojans.

Personally am not against sex. To be honest, I don’t even object to college students having sex as long as they know if their partner has an STD and they use some form of birth control. If a college had seminars on those items, it would make sense.

According to USC Annenberg Media.

“We felt it was the right time to help openly address that young adulthood is when many people have sex, or are thinking about what type of sexual identity, practices, community, gender really fits who they are,” USC Student Health said in a statement to Annenberg Media.

Exploring Sensuality and Herbalism (Virtual Event): For graduate students, only Participants will learn to make their own bliss body oil, herbal tea, and more! Why is it limited to grad students?

Ask the Sexpert: a Q and A session including-Is the big “O” the be-all and end-all of sex? How do I tell my partner I’m really not comfortable with “that?” What’s “normal” pleasure? Self-pleasuring: the upsides and the upsides.

LGBTQIA2+(LGBTQIA2+ is an abbreviation for lesbian, gay, bisexual, transgender, queer or questioning, intersex, asexual, and more). Guide students through an exploration of what they want to get out of dating, ideas for how to meet people, and strategies for gaining insight and communicating after the date. . Satisfying the woke world

Notice there’s nothing about STDs or birth control.

When your Pension Fails

I know you’re thinking, Good old creepy, demented, corrupt, pedo Joe will have them just print more paper money and I’ll be fine.  But when the canary in the gold mine dies, it’s good to have a plan.

Life in a Soviet Republic

Arthur Koestler remembers that food was scarce, especially if you tried to buy it with the regime’s ration cards and nearly worthless paper money, but for some reason, the same paper would purchase an abundance of Commune-sponsored vanilla ice cream, which his family therefore consumed for breakfast, lunch, and dinner.

(My comment: I’m sure that creepy old Joe would support this)

He mentions this curiosity, he remarks, ‘because it was typical of the happy-go-lucky, dilettantish and even surrealistic ways in which the Commune was run.’ It was, Koestler thought ‘all rather endearing – at least when compared to the lunacy and savagery which would descend upon Europe in the years to come.’

–On life in the Hungarian Soviet Republic, The Making of the Atomic Bomb, by Richard Rhodes 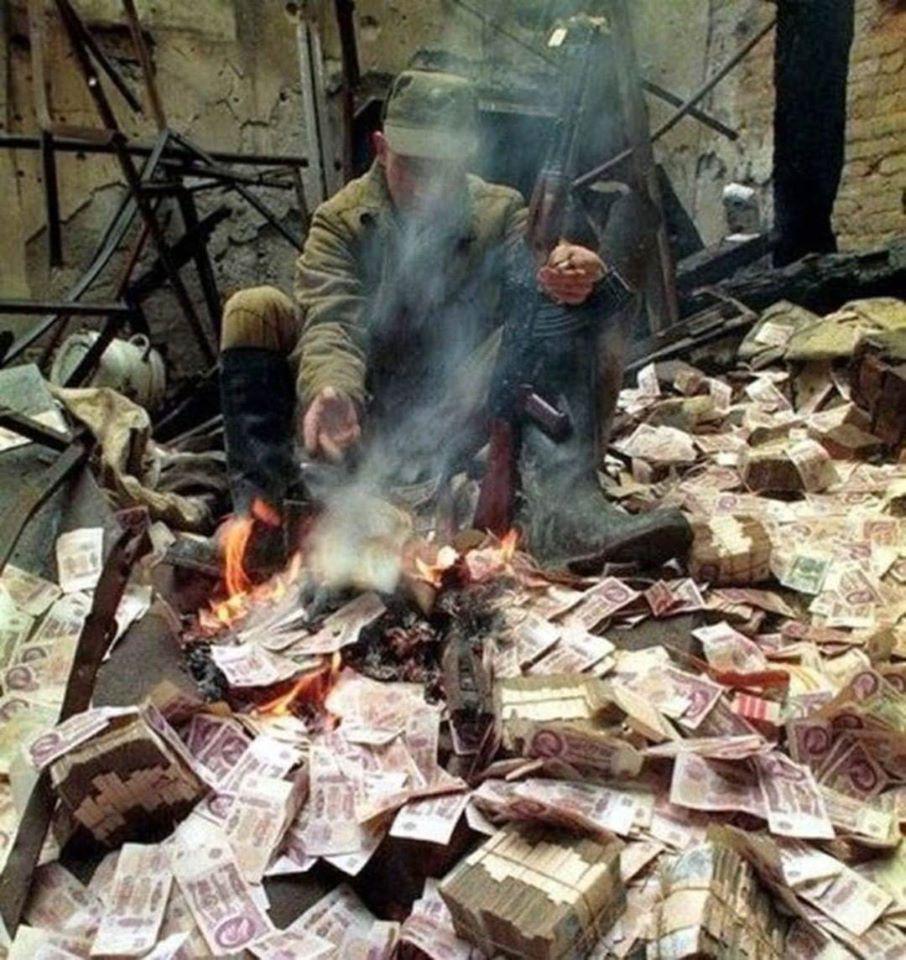 Russian soldier burning Soviet money to stay warm in Chechnya, 1995. When used as fuel or as toilet paper, the ruble has value! * Inflation caused the IRS to raise tax brackets, and the standard deduction by 7%. FJB – How kind of them! Social Security gives 8.7%, not even half the real inflation rate, and the IRS generously gives 7%. How special! And Congress won’t adjust the threshold for making social security benefits taxable- it’s been the same since the 80s. “Let them eat ice cream!”

U.S. Special Operations Command (SOCOM), which has grown to become the world’s top counterterrorism force over the past 20 years, is now facing some changes in mission and reductions in personnel under the Biden administration’s National Security Strategy.

SOCOM Commander General Richard Clarke and Assistant Secretary of Defense for Special Operations Christopher Maier announced last April in their Vision and Strategy statement, Special Operations Forces (SOF) must evolve “from the world’s premier Counter Terrorism (CT) force into one optimally suited to support the Joint Force and the Nation as part of integrated deterrence…”

The implication is that it’s time to send US Special Operators to Ukraine to fight Russians as part of America’s Third World War strategy. Let’s go Brandon!

Built in England in 1853, the three-masted Blackwall Frigate Dunbar was intended by her own Duncan Dunbar to be used as a cargo and passenger ship, but this was not possible as the Royal Navy hired her as a troopship for the Crimean War. It was not until 1856 that she began her proper duties and started carrying passengers to Sydney.

The Dunbar, 1853, by Thomas Goldsworth Dutton

On Sunday 31 May 1857, under the command of Captain James Green, the Dunbar set sail from Plymouth for what was only her second crossing to Sydney. On board were 63 passengers and 59 crew members. The cargo included engine parts, furniture, coins, cutlery, food, and spirits.

On Thursday evening, 20 August 1857, the Dunbar arrived at the entrance to Port Jackson, Sydney Harbour, after a voyage of 81 days. As the ship approached the harbor from the south, heavy rain and fierce high winds made navigation difficult. In the storm and darkness, land could hardly be made out. The lights of Macquarie Lighthouse were sighted to port, so Captain Green assumed that he had already passed the headland at the southern end of the entrance. It is also believed that Green mistook a nearby cove called The Gap for the harbor entrance. He altered course accordingly and had a blue signal light set to indicate the Dunbar’s arrival to the pilot of Port Jackson.

Shortly before midnight, the ship was only about six nautical miles from the harbor. When huge breakers were sighted directly ahead, additional scouts were posted. It was realized on board that they were too close to the shore, so a maneuver was initiated to move away from the land. However, there were too few sails set and there were rugged rocks on a direct course. Before the Dunbar could move away from the shore, she hit the rocks south of Sydney Heads between Macquarie Lighthouse and The Gap bay. The force of the impact was so strong that the Dunbar almost capsized and the stem was torn away. Several massive walls of water rolled over the starboard side one after the other, taking people, lifeboats, and the masts with them.

The force of the churning sea and the storm literally smashed the ship lying on its side. Water rushed into the hull and drowned passengers in their cabins before they could rush on deck. Out of 122 people, only one survived. His name was James Johnson and he was part of the crew. He only survived thanks to a wave that washed him up on the cliff and he was able to climb up from where he was rescued two days later. At first, no one knew anything about the accident itself. It was only when the Grafton a steamer, drove through a debris field that it became clear that an accident must have happened there. From then on, a rescue operation began in which Johnson could be saved, bodies recovered and cargo salvaged.

Newspaper who reported about the accident

Some of the bodies showed traces of shark attacks. They were finally buried on 24 August 1857 at St Stephens Church in Camperdown Cemetery in O’Connell Town (now Newtown), a suburb of Sydney. The funeral procession to the cemetery was attended by an estimated 20,000 people and the day itself was declared a national day of mourning.

Johnson remained in Australia and became a harbor pilot in Newcastle, where he rescued the sole survivor of the Cawarra in a similar accident in 1866.

The Admiralty Anchor recovered from the Dunbar wreck site in 1910 and later displayed at The Gap at Watsons Bay as a permanent memorial to those lost in the tragedy.

The wreck itself was not found until 1955 when divers found only the remains, but many treasures such as coins and jewelry. However, these disappeared into private collections. The wreck has been protected since 1976.