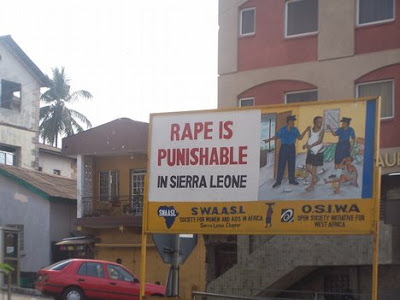 Facebook
Twitter
Pinterest
WhatsApp
In many nations of the world, women live in fear precisely because they are women. The United Nations has a council dedicated to the rights of women and both Pakistan and Saudi Arabia have been appointed to participate in the United Nations Agency for Women. Watch a video on that subject here (LINK). (h/t Coffeypot) Some nations…like Saudi Arabia, routinely deny equal rights or protection under the law to women.
It’s odd that anyone would say that ‘human rights’ need to be extended to women, who represent 51+% of the population. However, they do.

There are countries where rape is so endemic that billboards are posted in an attempt to keep men from raping women. 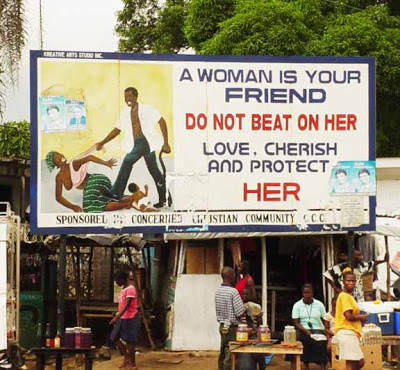 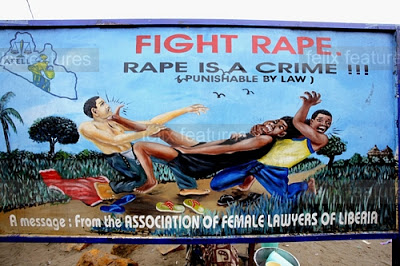 In Egypt where we saw reporter Lara Logan raped repeatedly (LINK), this report has been made:

On Friday, the Egypt story took another dark turn when CBS correspondent Lara Logan was separated from her crew and security. A group of rioting “freedom fighters” saw Ms. Logan and decided to administer a personal jihad of sorts to her and CBS. Press reports are scant, but Ms. Logan was the victim of a severe sexual assault that left her devastated. CBS itself reported that Ms. Logan was “surrounded and suffered a brutal and sustained sexual assault.”

Islam is primarily a religion that subjugates woman. Men typically treat their women like chattel while forcing them to cover their bodies in cloth from head to toe. Nowhere in the Koran does it say that women should have no identity. The burka is a modern construct designed to control the feminine voice within Islam. In Islam the feminine sex and sexuality are destroyed, leading to wide-scale repression among members of both genders.

This isn’t new in Egypt as the report below indicates.
(LINK)

Christians in America and Europe worry about the secularisation of their holiday…. Egypt’s Christians have a far more basic worry….

A serious fear of Egyptian Christian parents is not the assimilation of their children into a Muslim majority but the fear of their daughters being abducted, raped and forced to convert to Islam. So fearful are many Christians that they prefer to live in a garbage choked section of Cairo inhabited exclusively by Christians, who would rather risk serious illness and death by disease than the loss of their daughters to predatory Muslims who kidnap their daughters under cover of active police collaboration….

Assyrian International News Agency reports as follows on cases involving Coptic Christian girls who were kidnapped, raped and forcibly converted to Islam by a Muslim gang that was allowed to act with impunity.

Striving to protect women from men who would abuse and injure them is or should be the duty of every civilized nation, but many nations do not accord equal rights and and protection to women. Those nations need to be singled out and sanctioned.